The Prophet, Even The "Angel" Has A Bodyguard But Who Guards The "Ordinary Man"? 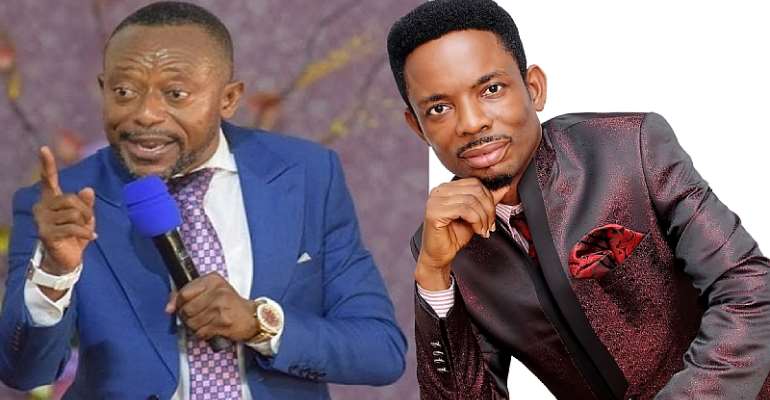 Until the recent springing up of many "other Churches", popularly known in the Ghanaian setting as "One Man Churches", the Ghanaian Christian knew of the Church of Pentecost, Methodist Church, Roman Catholic, Presbyterian, Anglican, Apostolic Church of Ghana, Christ Apostolic Church International, Baptist, Seventh Day Adventist, Church of Christ, Salvation Army, Jehovah's Witnesses and the True Faith Church. Of course, there are some others unmentioned which date back in age as the ones mentioned though the aforementioned seem much more popular in our space. Pastors/Fathers or Leaders/Preachers of these "traditional" Churches seem to have had one thing in common, "the total faith in God's own protection".

They believed that, they could not afford to depend on the protection of their fellow human being and had no reason whatsoever to doubt the protection of their God. As men who acted as the representatives of the creator God on earth, ministering and teaching the ordinary man the ways of their Lord, instilling in them the spirit to strongly object to any kind of fears that came their way either spiritually or physically, teaching and encouraging them to pray so as to personally get spiritually connected to the creator God, they did not elevate themselves above the congregation.

Rather, they craved the attention of the congregants on oneness in the creator God who they called their Father, shaping and reshaping their steps in a direction that sought to preach that all men have had grace from God only if they believed that Jesus Christ is Lord and Savior. Probably, only a few of them shared varied views on who Jesus Christ is or what grace meant yet, one thing was clear, they shared in humility and believed in the God's kind of protection.

In the modern day Ghana however, we see Churches spring up almost every coming and passing day. These Churches, as indicated in the introductory place of this article have acquired for themselves "One man Church", whether or not an individual or group of individuals had founded it. This article shall however not discuss the formation of these Churches, rather, their acceptance of the "God kind of protection". Let me clearly indicate before justification that, this article shall not equally assume the place of a theological study nor shall it seek to teach religion.

I am an ordinary man who has heard, been taught and have read from the Christian scripture to Fear Not, For The Lord Our God Is With Me. My confusion however stems from the motivation that counsels that an ordinary man as I am should fear not because God is with me yet I see "Men of God" who are earthly representatives of God, leading the Church and teaching the people not to fear have the strongest of bodyguards following them everywhere they go, even in the confines of the Church where the sermons of "fear not" take place. I ask; What do they fear? and Who do they fear?

It is even not pathetic how Churches are springing up day-in-day-out, invading our classroom spaces, hospitals, government's auditoriums, natural reserves, homes, etc but the self aggrandizement, wealth consciousness, deceitfulness of tongues, intentional segregation of families through some prophecies, false/doom prophetic utterances and the elevation of one's own self as Angels. Lest I forget to talk of the daily exchange of insults and struggle for popularity that defines these modern day Ghanaian Prophets.

The competition is even more tighter when these modern day prophets of Ghana have seized all our media space, mention the Television and Radio media. What a hell we find ourselves in when we tune in our radios to enjoy the sound of the machines we bought with our own money? And what a hell we go through trying to get a TV channel to entertain ourselves with or gain knowledge from. Nonetheless, this is equally not the focus of this article.

Malachi 3:6a says "For I am the Lord, I change not." This God who assures us of his unchanging person has (if we agree) made countless statements assuring his believers not to fear any bow, arrow or pestilence that shall come their way, whether by day/physical or by night/spiritual (Psalms 91:5). Countless times has he also made declarations of how his Angels are round about us in innumerable numbers (Hebrews 12:22, Mathew 26:53, 2Kings 6:16), buckling us in all ways (Psalms 18:30b).

This God could even shut the mouths of hungry lions from devouring man (Daniel 6:22), warn man of danger ahead (Mathew 2:13), take his servant out of prison (Acts 12:6), calls his ministers flaming fire (Psalms 104:4) and specifically informs through David the Psalmist and King of Israel that, "He that dwelleth in the secret place of the most High shall abide under the shadows of the Almighty"(Psalms 91:1). David also informs the people of God in Psalms 91:10 about how no evil or plaque shall befall them because they have acknowledged God as their habitation or source of protection (ref: Psalms 91:9).

We cannot pretend to overlook how the Prophet Elisha prayed that the Lord opens the eyes of his servant to see how innumerable they were guarded or shielded by Angels, confirming that they required not human protection or any sought of a bodyguard to overcome the heavily armed men of Syria. Indeed, the scripture strongly confirms that the servant of the Prophet Elisha had his spiritual eyes opened wherein he saw "and, behold, the mountain was full of horses and chariots of fire round about Elisha" (2Kings 6:17). It was enough for Elisha to know how heavenly defended he is without necessarily requiring the protection of physical men or bodyguards.

Bishop David O. Oyedepo, Presiding Bishop of the modern day Winners' Chapel affirms the words in 2Kings 6:16, Psalms 18:30 by preaching to his Church to have no reason to fear for the lives of men of God, especially Prophets because they are "heavenly defended". I find it very difficult therefore to grasp in understanding why the "Prophets" in Ghana, despite claiming to even transcend beyond the capacity of Prophets into being Angels still think that the God's kind of protection is not enough for them so to hire the services of men as their bodyguards. If Prophets and "Angels" who claim to see beyond the ordinary are afraid of what the ordinary man do not fear, then there must be a problem with the thoughts or caliber of persons who parade themselves as Prophets or Angels.

Who are the real Prophets? Why do our Pastors/Prophets/Apostles/Teachers/Evangelists of our old Churches, that which I mentioned in the introduction of this article not have bodyguards? Are they safe? What dichotomy is between the leaders of the old Churches and the new Churches? Is there any peculiar secret that makes the Prophet of the "one man church" feel so unsecured to allow for the hiring of bodyguards? Ghana, a land where the Prophet, even the Angel has a bodyguard but the question remains, who guards the ordinary man in the church? Or; who watches over the watchman?