Be Offensive and Be Damned: The Cases of Peter Ridd and Tim Anderson 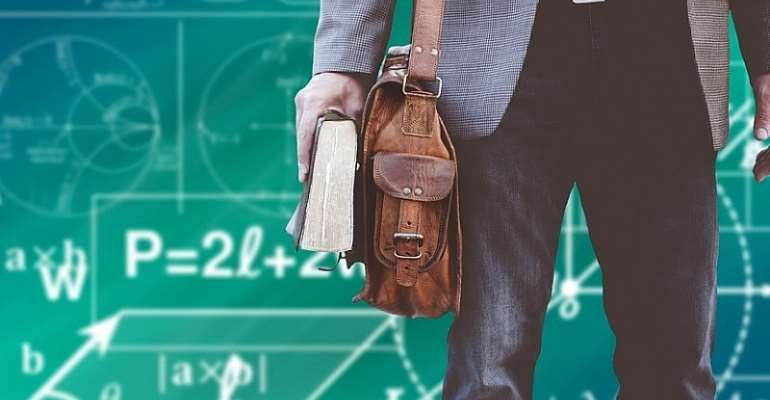 It has been an ordinary year for universities in Australia. While the National Tertiary Education Union pats itself on the back for supposedly advancing the rights and pay of academics, several face removal and castigation at the hands of university management. Consumerism and pay are the sort of quotidian matters that interest the NTEU. Less interesting is the realm of academic ideas and how they clash with the bureaucratic prisons that have been built into universities.

At James Cook University, Peter Ridd was sacked on “code of conduct” grounds applied with a delightful elasticity. He claimed that it was for holding views on climate change out of step with his colleagues, and attacking the credibility of the Australian Institute of Marine Science and the ARC Centre of Excellence for Coral Reef Studies. (The pettiness of such institutions knows no bounds: Ridd’s knuckles were wrapped, for instance, for satirising, trivialising or parodying the university.)

At the University of Sydney, Tim Anderson, a full time critic of Western interventions in the Middle East and acquitted for ordering the 1978 Sydney Hilton Hotel bombing, has been suspended pending what would seem to be imminent sacking. Causing “offense” was what mattered.

A cardinal rule applies in this case: Be suspicious of those who use good behaviour as a criterion of policing, notably in an environment where bad behaviour and dangerous ideas should hold sway over meek bumbling and submissiveness. Be wary of the demands to be vanilla and beige – behind them lies administrative venality and the dictates of compliance.

Such rubbery provisions as being “civil” or not causing offense shield the weak, spineless and fraudulent and, most dangerously, create the very same intolerable workplace that managers are supposedly opposed to. Very importantly, such code of conduct regulations are designed to immunise management from questions about their behaviour and often daft directives, letting institutions grow flabby with corruption. Inoculated, that class thrives in its toxicity.

The Deputy Vice-Chancellor of JCU, Iain Gordon, has drawn upon the usual stock nonsense defending the decision regarding Ridd. “The issue has never been about Peter’s right to make statements – it’s about how he has continually broken a code of conduct that we would expect all our staff to stick to, to create a safe, respectful professional workplace.” The thrust of this is simple: Never cause offense; be compliantly decent; be cripplingly dull and go back to your homes in your suburbs living a life unexamined. As an academic, you are merely delivering a service mandated by individuals several steps removed from the education process, not performing an ancient duty to educate mankind.

The code of conduct, the product of a corporatized imbecility, assumes the mantle of dogma in such disputes. “All staff members must comply with the Code of Conduct,” goes Gordon’s official statement in May, with its distinct politburo flavour of placing things beyond debate. “This is non-negotiable. It is a fundamental duty and obligation that forms part of their employment.” Ridd, explains Gordon, “sensationalised his comments to attract attention, has criticised and denigrated published work, and has demonstrated a lack of respect for his colleague and institutions in doing so. Academic rebuttal of his scientific views on the reef has been separately published.”

Anderson, having found himself at stages in the University of Sydney’s bad books, has also run the gauntlet of offensiveness. The specific conduct resulting in his suspension featured lecture materials shown to students suggesting the imposition of a swastika upon Israel’s flag. This was deemed “disrespectful and offensive, and contrary to the university’s behavioural expectations”. Tut, tut, Anderson.

The Sydney University provost and acting vice-chancellor Stephen Garton followed the line taken at JCU towards Ridd with zombie-like predictability. “The university has, since its inception, supported and encouraged its staff to engage in public debate and it has always accepted that those views might be controversial.” But debate – and here, behavioural fetters were again to be imposed – had to be undertaken “in a civil manner.” Contrarianism should be expressed with a good measure of decency.

The letter of suspension from Garton to Anderson is one-dimensionally authoritarian. Principles of academic freedom were supported by the university, but only in “accordance with the highest ethical, professional and legal standards”. But the all supreme, and trumping document, remained the Code of Conduct, capitalised by the bureaucrats as Mosaic Law. “The inclusion of the altered image of the Israeli flag in your Twitter Posts, Facebook Posts and teaching materials is disrespectful and offensive, and contrary to the University’s behavioural expectations and requirements for all staff.”

Some heart can be taken from the protest last Friday on the part of 30 academics who signed an open letter objecting to the treatment meted out to Anderson, stating that academic freedom was “meaningless if it is suspended when its exercise is deemed offensive.” His suspension pending termination of his employment was “an unacceptable act of censorship and a body-blow to academic freedom at the University of Sydney”. Reaction to Ridd has been somewhat cooler.

The point with Anderson is that his views are deemed bad for university business, which tolerates no room for the offensive. This, in a place where the most varied, and, at points, tasteless views, should be expressed. But as universities have become shabby entrepreneurial endeavours which see students as obesely delicious milch cows for their existence, the idea is less important than the process.

As is so often the case of free speech, advocates of it always assume it doesn’t apply to others. It is only to be extolled as a mark on paper and university policy. But never, for instance, challenge inane university policy or the hacks who implement it. Never ridicule ideas that deserve it. Never mock the obscene nature of managerialism’s central principle: massaged incompetence and assured decline. University managers and the colourless suits aided by their ill-tutored human resources goon squads tend to hold sway over opinions, taking against anybody who questions certain aspects of their (non)performance.

The Ridd and Anderson cases, coming from separate parts of the academic spectrum, demonstrate the prevalence of toadyism on the part of those who wish to avoid questioning the rationale of a university’s management process. They also suggest an immemorial tendency of authority to savagely oppress those who ignore it; to manifest its existence through punishment. In truth, it is precisely in ignoring those officials long barnacled upon the research and teaching endeavours of the University and drawing revenue best spent on students and scholars that a grave sin is committed. Such officialdom should be ignored, treated as the bureaucratic irrelevance that it is. Time for sit-ins, occupations, boycotts and a retaking of the University.