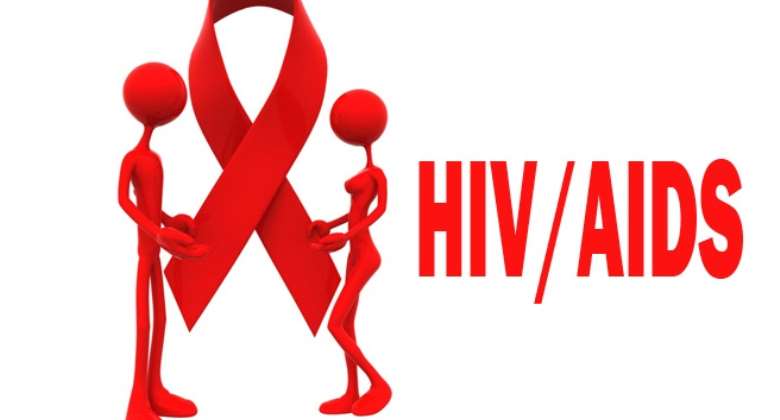 HIV/AIDS has the being one of the catastrophic diseases that has sent millions of people into their graves.

A disease which over thirty has no scientist and researchers find it difficult to provide a cure is indeed one of the hardest things mankind has ever encounter on earth.

In this article am going to expose the scam behind this deadly disease called HIV/AIDS.

We will talk about

Before we go further let me borrow some quotes from some of the scientist who believe that HIV cannot cause AIDS.

“The HIV hypothesis of AIDS is the biggest scientific, medical blunder of the 20th Century. The evidence is overwhelming that AIDS is not contagious, sexually transmitted, or caused by HIV. The physicians who know or suspect the truth are embarrassed or afraid to admit that the HIV tests are absurd and should be outlawed, and that the anti-HIV drugs are injuring and killing people.”

“I do not believe that HIV, in and of itself, can cause AIDS.”

New York Daily News Sep 20, 1993
“The assumption was made in 1984 that HIV caused AIDS and this has scarcely been challenged since. We don’t really know if HIV causes AIDS, nor have we seriously tried to find out.”

Virusmyth.net, Nov. 1991
How HIV/AIDS was born.
On April 23, 1984,Robert Gallo an American biomedical researcher ,co-discoverer of HIV and secretary of Health and Human service Margeret Heckler held a press conference that a retrovirus they had isolated, called HTLV-III in the belief that the virus was related to the leukemia viruses of Gallo's earlier work of finding a cure for cancer, was the cause of AIDS.

PLEASE WATCH THE VIDEO BELOW

A French team at the Pasteur Institute in Paris, France, led by Luc Montagnier, had published a paper in Science in 1983, describing a retrovirus they called LAV (lymphadenopathy associated virus), isolated from a patient at risk for AIDS.

In 1991, following years of controversy surrounding a 1987 out of court settlement between the National Institutes of Health and France's Pasteur Institute, Gallo admitted the virus he claimed to have discovered in 1984 was in reality a virus sent to him from France the year before, putting an end to a six-year effort by Gallo and his employer, the National Institutes of Health, to claim the AIDS virus as an independent discovery.

This means that this presumed deadly disease has two discoverers namely Robert Gallo and Luc Montagnier.

In 1990 at the San Francisco AIDS conference, HIV co-discoverer Luc Montagnier announced that HIV did not, after all, kill T-cells and could not be the cause of AIDS. Within hours of making this announcement, he was attacked by the very industry he’d helped to create.”

Now in an interview between Leung a film maker, Luc Montagnier admitted that HIV virus is harmless and therefore our immune system can get rid of the HIV virus within a few weeks, if you have a good immune system.

“I believe HIV we can be exposed to HIV many times without bring chronically infected, our immune system will get rid of the virus within a few weeks, if you have a good immune system; and this is the problem also of the African people.

Their nutrition is not very equilibrated, they are in oxidative stress, even if they are not infected with HIV; so their immune system doesn't work well already. So it's prone, it can, you know, allow HIV to get in and persist. So there are many ways which are not the vaccine, the magic name, the vaccine, many ways to decrease the transmission just by simple measures of nutrition, giving antioxidants -- proper antioxidants -- hygiene measures, fighting the other infections. So they are not spectacular, but they could, you know, decrease very well the epidemic, to the level they are in occidental countries, western countries.”

PLEASE WATCH THE FULL VIDEO BELOW

"We did not purify [isolate] ... We saw some particles but they did not have the morphology [shape] typical of retroviruses ... They were very different ... What we did not have, as I have always recognized it, is that it was truly the cause of AIDS.”

Now another Biologist and researcher Christl Meyer has also provided further scientific evidence proving without doubt that so called "HIV", which is claimed to be the cause of "AIDS," does not exist.

“There is no such thing as Human Immuno-Deficiency Virus, what looks like "HIV" is actually a gene in our immune system.

The genes of our immune system, Human Leukocyte Antigen (HLA) Genes, are the identified cause for testing "positive" on so-called "HIV tests." HLA Genes are extremely variable, and through gene expression, our bodies produce RNA and proteins, and these can make the test register "positive." Therefore, nothing is coming from outside (exogenous), it's a production from inside the cell (endogenous) and does not mean that those who dubiously test "positive" are sick or have a disease.”

PLEASE WATCH THE VIDEO BELOW

HOW HIV IS TESTED OR AIDS IS DIAGNOSE
HIV positive is determined by the number of Anti-bodies in your blood. This method has been challenge by over thousands scientists around the world because they believe this kind of medical testt may produce false positives since they are not testting for HIV virus but the amount of antibodies in someone's blood.

According to Dr. Duesberg virologist and Noble Prize winners argues that how HIV is tested is totally wrong because anyone can be tested positive if you one of these conditions, Tuberclosis, chronic malaria,pregnancy or other chronic diseases.

This means that not all who are tested positive really have the HIV virus other health conditions can also make you test positive to HIV antibodies protein reactive.

“HIV tests are meaningless. A person can react positive even though he or she is not infected with HIV. The tests are interpreted differently in different countries, which means that a person who is positive in Africa [or Thailand] can be negative when tested in Australia. There is no justification for the fact that most people have not been informed about the serious inaccuracy of the tests. The error has catastrophic repercussions on thousands of people. Since people are reacting positive on tests that are not specific for HIV, let’s please stop labeling them as ‘HIV positive.’”

HOW HIV/AIDS is treated
HIV/AIDS has no cure when someone comes out with positive test he is she is put on treatment of ant-retroviral medicines .

According some scientists this medicine is even dangerous than the AIDS itself, since the side effects are greater than the benefits.

“I think that Duesberg and Root-Bernstein have it right [about what causes AIDS]. Anything or process that destroys the individual’s ability to mount an immune response…This could be the use of…cocaine, heroin, amyl nitrite (poppers), amphetamines...malnutrition and lack of essential vitamins…being the recipient of whole blood or blood products…repeated and multiple infections… [all] are immunosuppressive.”

“Kimberly Bergalis, according to the general press, was a young lady who was found to have antibody to HIV…she was put on AZT [AIDS medicine]…the AZT killed her.”

“Ryan White was an 18-year-old hemophiliac who died in April of 1990 of unstoppable internal bleeding which may have been exacerbated by the AZT he was taking.”

In conclusion most scientists still argues the HIV is harmless and it cannot cause AIDS. Therefore Pharmaceutical companies and those invented this imaginary virus are gaining millions of money from it.