Drobo, Japekrom And 6 Other Communities Hit By Curfew 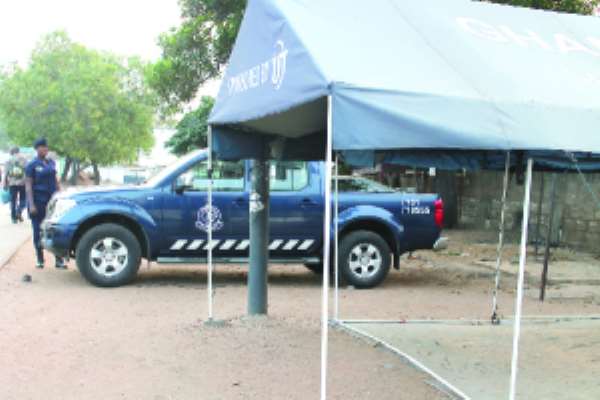 The Minister of Interior, Ambrose Dery, has by an Executive Instrument imposed a curfew on Drobo, Japekrom and six other communities in the Jaman South Municipality of the Brong Ahafo Region, following a shooting incident that has taken two lives and injured several others.

The curfew, which takes effect from today [Thursday, 18th October 2018], starts from 6:00pm to 6:00am each day, and will remain in force until further notice.

Speaking on Eyewitness News, the Brong Ahafo Regional Minister designate, Evans Opoku Bobbie, said the curfew will be reviewed as and when necessary.

He says this was one of the decisions taken after a meeting of the Municipal Security Council together with the REGSEC on the developments in the area.

Aside the curfew, there is also a “total ban” on all persons in the communities from carrying arms, ammunition or any other offensive weapons.

According to a press statement signed by the Minister of Interior, any person found culpable of the new directives will be arrested and prosecuted.

“Meanwhile, there is a total ban on all persons in the afore-mentioned communities and their environs from carrying arms, ammunition or any offensive weapons and any persons found with any arms of ammunition will be arrested and prosecuted,” Excerpts of the statement read.

Government also called on the Chiefs, Elders and the people of the affected communities to exercise restraints and desist from all forms of provocation, adding that the communities should engage in non-violent means to address their grievances.

Police in the Brong Ahafo Region are yet to make any arrest hours after some unknown assailants fired gunshots into a thick crowd of Japekrom inhabitants at Drobo.

Two persons have so far been confirmed dead, while 14 others are in critical condition over the incident which occurred on Wednesday.

The 14 people are currently on admission at the Sampa Government Hospital receiving treatment.

The Public Relations Officer of the Brong Ahafo Regional Police Command, Chief Inspector Augustine Kingsley Oppong, in an interview with Citi News said security has been beefed up in the rival towns of Japekrom and Drobo to prevent any reprisal attack.

“Stray bullets started coming in from different angles and 15 people were injured through that. They were immediately rushed to Sampa hospital where one was pronounced dead. During the patrols with the military in town, we also spotted a certain taxi in front of the district assembly and found somebody also suspected to have died. Immediately we sent the body and he was pronounced dead at the Drobo hospital.”

Ruling on disputed land
Some reports say in the year 2000, the relationship between the two towns grew sour following a Sunyani High Court ruling in a land dispute.

The court ruled that the matter be referred to the Stool Lands Boundary Demarcation Committee, which is the body empowered with jurisdiction over the matter.

The chief and people of Japekrom supposedly regarded the High Court's decision as a victory and jubilated in the town, a situation which nearly led to a clash between the two towns just after the ruling.

It is however unclear whether this attack is linked to that rivalry.