The Rising Trend In Nurses Unemployment: The Need To Include Entrepreneurship In Our Nursing Colleges Curriculum 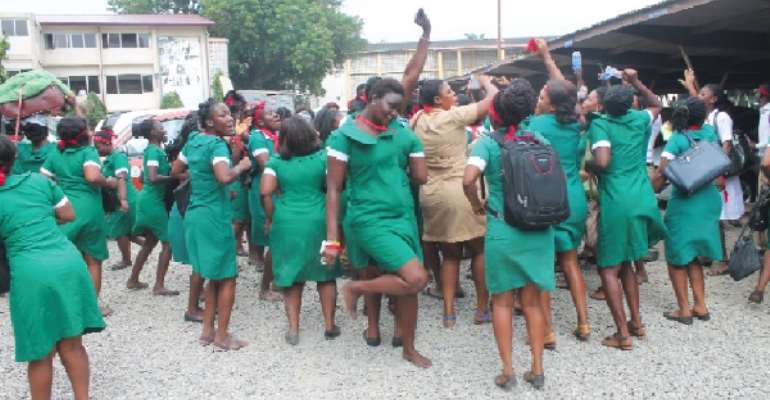 According the Ghana registered nurses association, the current nurses per patient ration gap is one nurses is to 22 patients. This means that Ghana will need not less than 38,000 nurses and midwives to fill the gap considering the current population of Ghana.

But one may ask that, don’t we have graduate nurses to fill the gap? – The challenge is unemployment!

The increasing trend of nurses’ unemployment has a multifaceted causes such as increased in nursing training schools (both public and private), increased in enrollment especially between 2013 and 2016 when the quota system was eliminated and coupled with increase in the ‘motivational factor’ (nurses training allowances), inadequate vacancies (hospitals, polyclinics etc) to employ graduate nurses, lack of political will to prioritize the health sector among others.

The issue of bonded nurses was initially a ‘job assurance cover’ for all nursing trainees. This means that, there was a contract between government and nurses in that, government must employ them after successful completion. Though nice mutual contract, the long run side effects were not well thought-out since the number of graduate nurses was increasing at an increasing rate whiles vacancies and government ability and willingness to employ nurses was decreasing at an increasing rate. This simply means that more graduate nurses, less vacancies and government inability to employ. And so, there was always pressure on government to ‘forcefully’ employ them since it was a contract agreement.

Government having realized it could not withstand the demands, reviewed the bond agreement in 2017.

So the end result was that NO MORE BONDED NURSES. This termination of contract will mean that graduate nurses will have to look for their own jobs or wait until if there is any opportunity to employ them.

The following questions must be asked by everyone;

Looking at the rate at which nurses unemployment is growing in Ghana, I think it is time for policy makers and curriculum developers to review nursing training colleges’ syllabus and restructure their curriculum to include ENTREPRENEURSHIP and other business courses.

These entrepreneurship skills should serve as a backup skills for nurses so in the event that government is not able to immediately employ them, they can also venture into other businesses.

As it stands now, nurses seem to have no other alternative employment options apart from being recruited into the health sector. - Though I stand to be corrected.

Duration for training nurses which is currently ranges from 2 to 3 years can be extended the 4 years, of which the 4th year can be use for an intensive entrepreneurship and other technical studies.