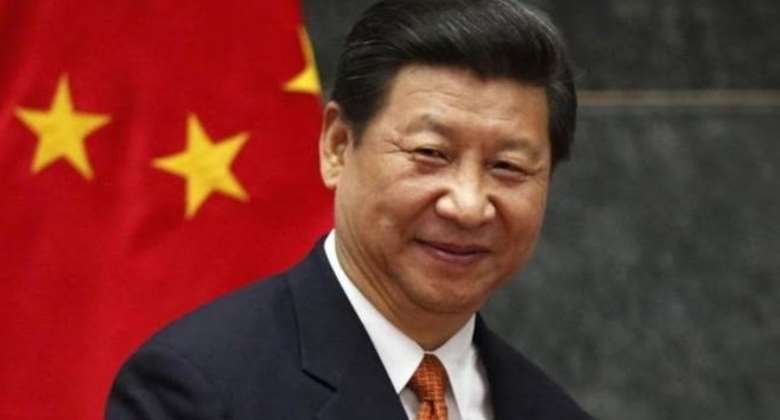 Some Western observers worry that China's investment in sub-Saharan Africa represents a new form of colonialism. Given the continent's history with European conquerors and rich countries trying to cheaply exploit its natural resources, that suspicion is understandable. Although China can sometimes be predatory – for example, when uneconomical projects saddle African companies or governments with 'unpayable' debt – the new African investment bears little resemblance to the colonialism of old.

Colonialism and the pseudo-colonial exploitation that sometimes followed independence, was mostly about extracting natural resources (and sometimes slave labour). Although securing access to natural resources is surely one of China's goals, its investments in Africa go beyond extractive industries. The sectors receiving Chinese moneys most have been business services, wholesale and retail, import and export, construction, transportation, storage and postal services, with mineral products coming in fifth. In Ethiopia, China is pouring money into garment manufacturing – the traditional first step on the road to industrialization.

Receiving foreign investment isn't the only way that a country can industrialize. But as China itself has shown in dramatic fashion during the past few decades, attracting foreign capital can be a key part of an effective growth strategy. When a company from China – or the U.S., Japan, France or elsewhere – employs Africans to make clothes, programme software or build houses, African workers immediately share the benefits. This also provides income to local African entrepreneurs, who create new businesses to sell things to the foreign companies and their employees.

And if countries are smart about appropriating foreign technology, it can lead to long-term productivity increases as well. As Africans learn techniques, ideas and tricks from foreign companies (and invent new ones themselves), they will gain the leverage to capture an ever-bigger slice of the value that foreign investments create – and as their productivity improves, that value will grow in size. Meanwhile, African governments will control access to an increasingly large share of the world's young customers, and will be able to use this leverage to extract ever-greater concessions – money, technology and favourable contract terms – from multinational corporations.

Instead of standing on the sidelines and wringing their hands over China's investments, Westerners and people in other rich countries should be looking to copy or surpass China's efforts to tap the final frontier of emerging markets.

The biggest reason Africa will be important is population. Look up any map of total fertility rates, and you can easily see that with a few scattered exceptions, sub-Saharan Africa is the only place where people still have large families. Though family sizes will decrease as the continent becomes richer – this is already occurring – Africa is still expected to experience much more population growth than anywhere else:

By the end of this century a third of the world's population, and a greater fraction of its young people, will be African. The future of Africa is synonymous with the future of the human race.

As the continent becomes more populous, those companies with an established presence in Africa will be better positioned to sell into burgeoning African markets. They will have the local market knowledge, connections and distribution channels to beat out rivals who failed to invest early.

Several other trends make investment in Africa a more tempting prospect. Literacy rates have increased rapidly. Malaria deaths have fallen by almost half since the turn of the century, and hunger and child mortality have both plunged. A healthier and more educated populace is much better equipped to read instructions, absorb information and show up for work consistently. Meanwhile, increased literacy and internet access is uncovering vast pools of previously hidden African talent.

Governance is also improving. The big wars of the 1990s and 2000s are mostly over. Democracy is proliferating, as coups and strongman autocrats become rarer. Measures of governance have improved. More stable government means a more stable environment for businesses looking to invest.

There is no shortage of potential investment destinations. The continent has 54 countries, sporting a dizzying array of institutions, languages and comparative advantages. Six countries in particular – Mozambique, South Africa, Nigeria, Ghana, Zambia, Ethiopia and Kenya – have emerged as early leaders:

My Bloomberg Opinion colleague Tyler Cowen is especially enamoured of Ethiopia, whose sense of historical pride, he believes, will drive it to seek rapid growth. The Chinese seem to concur.

The second question is what to invest in. Africa still isn't competitive with China in terms of manufacturing costs, but as Chinese wages continue to rise, the gap is narrowing. But an even more important sector could be services. A recent Brookings Institution report shows that in many parts of Africa, growth is now concentrated in tradable services related to agriculture, information technology and tourism. Kenya, Rwanda, Senegal and South Africa have emerged as IT service leaders. As manufacturing becomes more automated around the world, expect the service sector to grow in importance.

A third possibility is housing and infrastructure. Those billions of young, wealthier Africans will need places to live, roads to travel on, solar energy to power the air conditioners that protect them from global warming, water infrastructure, and so on.

©2018 Bloomberg L.P. Noah Smith is a Bloomberg Opinion columnist. He was an assistant professor of finance at Stony Brook University, and he blogs at Noahpinion. This article was written by Noah Smith from Bloomberg and was legally licensed through the NewsCred publisher network. Please direct all licensing questions to [email protected]