The 5,140 Cedi Per Litre Of Petrol That Got Me Dazed 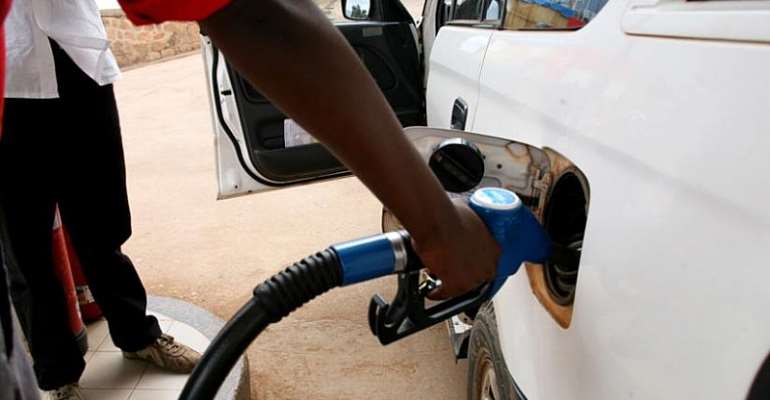 We have a president today that was so much incensed about any upsurge in fuel prices in the past and would make a political capital of it when he was an opposition leader.

Even when some of us had by our experiences known that our governments were at their wit end when it came to facilitating affordable prices of fuel for the people, the opposition leader then made it appear that the president then was insensitive.

We were almost made to believe that the former government led by a younger leader possibly might be inexperienced for the job; maybe they were incompetent.

Many actually believed the current president then an opposition leader really knew what he was talking about.

This is a man who has age advantage; he could be the grandfather of many of the voters; he couldn't take the voters for a ride.

Voters actually believed in the septuagenarian.
Our culture accords so much respect to age; even in these times that advanced age is not synonymous to high morality; especially in the times that we hear daily the old engaging in the most immoral habits in society.

Today, the issue of paedophiles abound our media.
In spite of the fact that age has lost its place in determining morality standards in our times, even the avowed sceptics would still give the benefit of the doubt to old age.

And so , one expected that our septuagenarian president would live up to his word, that at least he would not inflict on us the very things he had condemned in the past.

After all , he was wise enough to pick the vice President who has presented himself to us as the Economist we hadn't seen before.

The vice president had told us in the past that the former president was incompetent; that was why the cedi could not hold stability with the dollar then .

And so when we woke up the faithful Tuesday morning meeting a litre of petrol crossing the price of a dollar at the pump, my senses were jarred in my cranium.

I could not believe that the president and his vice who hold the magic wand to Economics are still in charge.

I could not believe this is the economy a Doctorate degree in Economics could produce.

I know that a Senior High School Economics syllabus makes clear to the Economics students what it takes to have a strong economy or currency for a country.

I am not sure as at now what a Doctorate degree in Economics could do for our fragile economy.

And so as our cedi stands wobbly in relation to the dollar with no real hope that the little worth it has had could be saved soon by the Economic intellect of the Vice President, I have no doubt in my mind that the tomato seller in the market could safely tell whose words should be taken seriously when it comes to the science that needs to be deployed to save a cedi.