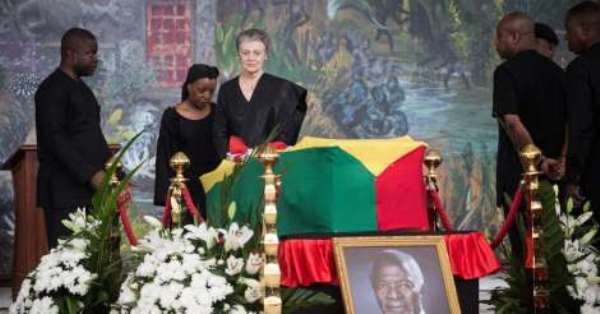 The late former UN Secretary-General, Kofi Annan , will be buried today, Thursday, 13 September 2018, after laying in state at the foyer of the Accra International Conference Center (AICC).

The funeral service begins at 8.30am at the Accra International Conference Centre.

Annan led the UN from 1997 to 2006 as the first black African to occupy the secretary general position. He died on August 18 aged 80 at his home in Switzerland after a short illness.

The current head of the world body, Antonio Gutteres, is expected to attend the funeral, which will be followed by a private burial at the capital's military ceremony.

He will be in the company of a host of other African heads of state including Alassane Ouattara of Ivory Coast, George Weah of Liberia, Hage Geingob of Namibia, Mahamadou Issoufou of Niger among others.

Also, a former head of state of Germany will be leading the German delegation to the event with Switzerland and Finland sending former heads of state.