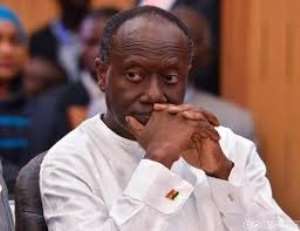 Many nations in today’s world are in serious financial dilemmas due to debt and their greatest desire is to be debt free. So, hearing something about debt is not something they are interested in; but, wisdom demands that these nations open up to fresh perspective of financial prudence to keep their economies growing.

Debt management is a tool for development, i.e., a good debt has been a leverage for investment and wealth creation when the loans are invested into assets (infrastructure) and businesses that give a return of higher income. Ghana’s debt has hit a record of GHS154 billion with an economic growth slowed at 6.8% in the first quarter of 2018.

In addition, the country is seeking an alternative to the traditional western European bond to acquire an ultra-long term bond worth 50 billion dollars from China as the country prepares to exit its arrangement with IMF by the end of 2018. An important feature of a growing economy is its relation with human development manifested in the socio-economic environment, i.e., the development that takes place in infrastructure.

Ghana and China have signed eight (8) Co-operation Agreement and MOU, in different sectors of their respective economies, primarily aimed at offsetting the huge infrastructure deficit in Ghana’s economy in return for our natural resources as a “Guggisberg economy”, i.e., raw material producing economy.

What is China getting from Ghana? The author of How Europe Underdeveloped Africa, Walter Rodney, notably stated that when two societies of different sorts come into prolonged and effective commerce, the changes taking place in both is seriously affected to the extent that new patterns are created. There are two general rules which can be observed to apply in such cases:

First, the weaker of the two societies (i.e., the one with less economic capacity) is bound to be adversely affected – and the bigger the gap between the two societies concerned the more detrimental are the consequences. For example, when the European came into contact with the indigenous agrarian societies of Africa and the America, the latter were virtually exterminated.

Second, assuming that the weaker society does survive, then ultimately it can resume its own independent development only of it proceeds to a level higher than that of the economy which had previously dominated it. A typical instance of this second rule is found in the experience of China.

China was both at a stage colonized by the powers of Europe and Japan. However, since 1911, it has taken a century of a socialist revolution to breakdown the domination of its colonizers to rapidly develop its economy to become a dominant economy.

The President of Ghana has stated that the country aims to replicate China’s development model in the last three decades through the century bond. Perhaps, the question that comes into mind is: Does Ghana have the same social raw material as China to embark on such path to development? My direct answer to that is NO.

The idea of floating a $50 billion Century bond essentially requires strict adherence to National Development Plan. But then again, it was this government that rejected a 40-year Development Plan intended to put the country on the path of prosperity. Now government is seeking to assign the nation to a 100-year bond in the absence of an existing developmental plan.

What is more? Can Ghana meet the demand to hold the country to a one-party state, as China did for the past 90 years? Meanwhile, article 3 of the Constitution, 1992, bars parliament from enacting into law establishing a one-party state.

Further, Ghana does not have an already prepared project to utilize such an amount of $50 billion. While this money languishes in an IMF account, the country would be required to pay an interest for a period one to three years before full implementation may begin. Already, government is said to be borrowing to settle statutory payment such GETFUND, NHIL, DACF, etc. This extra debt of $50 billion could cause the debt to GDP ratio to rise above 100% making the ‘fundamental’ of the economy incapable to get on with the development project.

To sum up briefly, colonialism meant a great intensification of exploitation in Ghana. Its precursor of the bond of 1844 gave the British crown power and jurisdiction over the Gold Coast territory. The material facts indicates that Ghana does not have the resources to replicate China’s plan to development due to the country’s dearth of capacity to withstand the condition of an ultra-long term bond. The consequence of this is to set the country to a path of neo-colonialism.