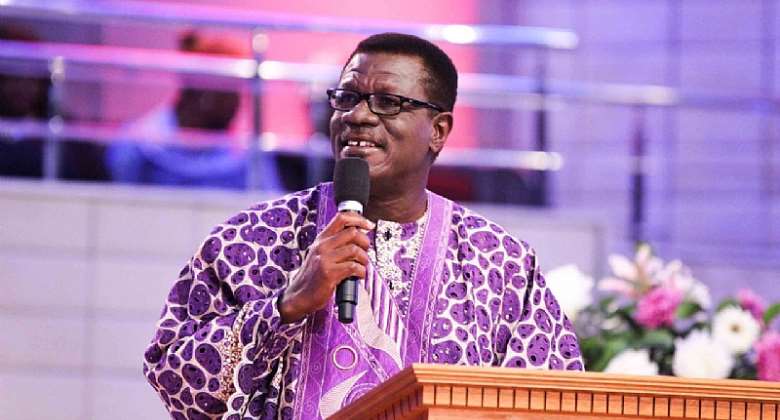 Member of Parliament for Bolgatanga Central, Honorable Isaac Adongo has expressed that the founder of the International Central Gospel Church (ICGC), Dr. Mensah Otabil is innocent and should not be blamed for the collapse of the now defunct Capital Bank.

According to the Minority MP, the inspirational speaker and seasoned preacher did nothing wrong as far as the collapse of Capital bank is concerned. The fall of the Bank has led to the takeover by the Bank of Ghana (BoG) and they have merged it with some other defunct banks to form the now Consolidated Bank.

In that report, Dr. Mensah Otabil, as board chairman, allegedly gave his blessing to the frittering of a GHS620 million liquidity support from the Bank of Ghana, by diverting same into related parties and businesses with which some board members were affiliated. About GHS130 millions of that money, allegedly went into the setting up of Sovereign Bank – which also collapsed recently.

For Honorable Isaac Adongo, that report is a useless document and we cannot stand with it to accuse Dr. Otabil of any wrong doing.

“That report [referring to the Boulders Advisors' Report] is the most useless piece of work and the most useless share of public funds to friends”, Honorable Isaac Adongo said whiles speaking at a public forum organized by Progressive Alliance Media Communications (PAMC) on the banking crisis.

He further revealed that he has been quiet on the matter because he knows Dr. Otabil is innocent.

“Since this matter started, you realized that I have not commented on the role of Pastor Otabil? That is because he did no wrong contrary to what the Bank of Ghana and government will want us to believe”, he said.