Do not Destroy Otabil's Integrity 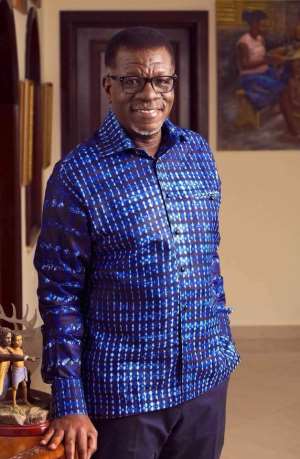 It is quite sad and shameful that we have become a society that has resorted to "instant justice"... Anytime names pop up for accusations, whether alleged or proven, we just pounce on the accused and "finish them" as we normally term it.

Recently, it happened to our beloved Major Mahama, the innocent army officer who was gruesomely and calamitously brutalized and murdered by the same people he had been assigned to provide protection for just because a snail seller had allegedly sparked an attack.

The sad thing is that the Ghanaian' turn round to shed 'crocodile tears' for the same people they had done irreparable harm.

Recently, Mrs. Matilda Amissah-Arthur, a former Second Lady of our country, paid tribute to her late husband, Mr. Paa Kwesi Bekoe Amissah Arthur, at his funeral grounds. According to Mrs Amissah-Arthur, certain people who had acted in various ways to insult and give the impression that her husband had lost every value to them suddenly started visiting her home immediately the husband passed on. She said she was surprised and so made a statement and I quote, “I asked myself, is this Ghana? Are all these people in Ghana because the maligning, the lies, the treachery, the wickedness, the deliberately changing things so that you could look better than others.”

I think this statement is deep as it calls for introspection or soul-searching not only on the part of those the statement is directed at but also the rest of us as we all keep some relationships. The statement means a lot and an aspect of its meaning seems to suggest that we are not committed to relationships for their own sake but mostly for what we can gain from them even if at the expense of someone's life or suffering.

Can this statement truly describe us? I hope not. It's quite sad that we the young people of today have taken the stand to destroy, malign and crucify people at the least provocation.

As a people, we have insulted past presidents to death, locked innocent officers in offices, beaten an innocent poor woman going to withdraw her own paltry sum of money from the bank, and we have also insulted presidents out of office. What a people!

I am flabbergasted at the sudden attack on Dr. Mensa Otabil, the renowned clergy on the premise of allegation and incomplete reports on issues of financial mismanagement at the Capital Bank.

There is absolutely nothing wrong when we question and chastise the one charged with corporate corruption by a competent court of justice, and even that, we should be cautious and circumspect because any human institution can be fallible.

My worry is that, suddenly, notable clergies in the country have sprung on the news scene pointing accusing fingers at Dr. Otabil as if they had already prepared their speech in waiting for him to falter. Let me remind them that they must not lose sight that they will not be spared by these same people when their issues come public. There is a Fanti proverb that says "Se ekoto de wo nyanko n'abodwe rehyew a, saw nsu si wodze ho", which is simply translated that "when you see your friend's beard on fire, make water ready by your side just in case".

We can read the story of Judah and his widowed daughter-in-law, Tamar, in Genesis 38:6-26 with particular reference to verses 24, 25 & 26. Judah had denied Tamar his son Shelah for a husband. Following this Tamar disguised herself as a prostitute and succeeded in getting Judah to sleep with her. Months later Tamar was reported pregnant and Judah wanted her to be stoned to death for fornication without even finding out whether it was true and by whom she was pregnant. Judah has been overtaken by hasty conclusion and this is the attitude of most Ghanaians. We seem not to think that certain problems could also come our way and so we should have the patience to gather all the facts before we come to conclusions.

Guess what, Dr. Otabil has become the centre of discussions on the collapse of all the five banks as if he is the Chief Executive Officer who supervised the operations of these banks. Interestingly, he is the only Board Chair whose name has been cited for the mismanagement of the Capital Bank and the CEO is rather shielded, whereas the board members of the other banks have not been mentioned at all, we don't even hear of them, can we consider that as normal? On the 15th of August, 2018, all the major newspapers in Ghana splashed Dr. Otabil's pictures on their front pages and while television stations rolled his pictures on their screens and radio stations made minced meat of his name, all in their main news accusing and projecting him as a corrupt person, without allowing the due process of investigation to conclude on the matter. What a people! The point is, unlike the case of Major Mahama, and others, we may not be attacking Dr Otabil with stones, clubs, machetes, and axes, but we are hurting his soul with verbal abuse, which is the most damaging tool that ever existed. "The power of life and death is in the hands of the tongue," so says the Bible.

We do not want to even pause and think about what he is going through at this point, not to talk about his immediate family, and the thousands of his followers. The last time I checked, over forty thousand people gathered at the Independence Square in Accra alone at the recent Greater Works Confrence.

In fact, from radio stations and television stations people carry books to define what the board chairman's roles are. The Chief Executive Officer of the Bank is not even mentioned in most cases, yet all the previous corrupt engagements in Ghana that have become public, Chief Executives and Managing Directors are cited as main perpetrators...It's all about trying to nail Dr. Mensa Otabil and unfortunately clergies have held press conferences on him...some parliamentarians have called for his head, the social media space was flooded with insults and scornful abuse...What fire!

For those of us who declare our stand for Dr. Otabil, we have received negative bashing on Facebook, but we are unfazed by the furore of their provocative words.

Dr. Otabil is an anointed man of God and I have witnessed him spend decades of his entire prime life preaching the word of God, impacting souls, raising leaders and shaping visions. He has contributed significantly to national development by inspiring the youth of today and is respected globally.

He and his church have given scholarships to thousands of Ghanaian needy students, including myself and the numbers suggest that so far no other institution in Ghana can match that educational support so let us respect his brand and integrity, and stop using the media to destroy his hard-earned reputation. We cannot rely solely on the media reports to judge men who have tirelessly earned their respect by building their brands and businesses over the years.

Dr. Otabil's call as a pastor goes beyond Ghana. He is a prophet for the continent, and he is highly respected across the world ..."A prophet is not without honour except in his own country, among his own relatives, and his own house". Few days ago, he boldly declared God's prophecy of restoration for Africa and that Ghana must aim at 20% economic growth year on year to catch up with development to make significant mark in the world.

These are issues that must be given media airtime, to constitute the discussion as to how we can plan growth rates that can propel Africa countries into prosperity to free their people's from the poverty and hardships facing them.

If for nothing at all, those of us who profess to belief in God should accord every man of God some respect because whether they like it or not, they represent God on earth.