Value The Living And Not The Dead 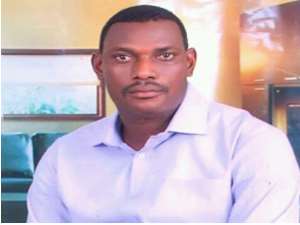 God created man in his own image and likeness and He expects us to lead a life worthy of creating us. If indeed, we can brag that we are a true representation of God here on earth then it is our responsibility to exhibit His attributes such as showing mercy, kindness, compassion, care and love for others. These tendencies have been heretofore exhibited by just a few, their number apparently making them stand out among the lot.

To say that we love encompasses more than uttering just the word; it must be backed by actions. However, it is not very uncommon to see people use this word without its associated actions. Taking a look at what happens at societal functions like Christmas, festivals, marriage ceremonies, funerals and others; one would be tempted to believe that these attributes of God which are revered in our society are exemplified to some extent by all and sundry.

With an insightful look at how funerals are organized in our diaspora, the love, care and generosity that are shown during these ceremonies bring to mind whether these traits are shown to the dead or the living. A visit to funeral grounds or homes will make one notice that not only do people spend huge sums of money on the dead but also precious time signifying their love and respect for the deceased.

If a question is asked whether they accorded the same level of love and respect to that same person when he/she was alive, the answer will most probably be a no if the respondent will be truthful. There have been many instances where the dead wouldn’t have died if they experienced even a fraction of the care and support that are flamboyantly displayed at their funerals.

The same can be said about our heroes whose heroic actions are only seen after their demise. Unfortunately, the only time we see goodness or the worth of people is when they are no more. There have been instances where families have spent a lot more on funerals even to the extent of incurring debt of over fifty thousand Ghana cedis (GHC 50,000).

These same people have some young and promising people in the family who need some form of financial assistance to enable them to pursue their educational goals to become useful members in the Ghanaian society. What makes it more pathetic is that there may be some people in the family who might have learnt some apprenticeship or trade and need some capital to start off in life, but wouldn’t be given any helping hand. These young people who would have become useful members in our society may end up into armed robbery and drugs because they were neglected.

There is an Akan saying which goes like “abusua do funu” which means the families revere the dead. I am tempted to believe it is this saying that makes people turn blind eyes on their family members who find themselves in distress, but are prepared to sponsor their funerals to save the good name of their family from being run into mud.

Some of them see spending lavishly on funerals as paying their last respect to the dead. Wouldn’t it be more befitting and valuable to spend on those people whilst they were alive? I think it’s high time we recognized that when someone dies they don’t see whatever we do to appease them, and there we have to show them the love and respect that we so desire whilst they are living. Let us reflect our minds on what the scripture says in JOB 7: 1-7 following.

A case in point a beautiful lady who was heartbroken lost her mind just because her lovely husband has gone in for another woman was neglected by her family members to move around naked, but when she died they organized a befitting burial and funeral rites to save the family’s image. Meanwhile if they had given her the needed attention by taking her to a psychiatric hospital for therapy she would have survived the psychological trauma she found herself in and would be counted among the living because she wasn’t born like that.

It is also ironic to see people heap praises at their dead relatives when they never saw anything good about them when they were alive. We have to understand that saying good things about the dead cannot bring them back, and therefore if we cherish someone, we have to give them kind words to make them feel good so as to prolong their lives.

Not long ago, a Moslem man died in my community and according to a close source before he died he issued out a warning to all his family members not to spend a penny on his burial and funeral rites and whoever fails to adhere to his simple instructions should be ready to face the wrath of God because he felt they looked indifferent about his welfare when he had life in him and needed their support, care and love. Meanwhile there are wealthy people in his family. We sometimes invite curses when we neglect people and we tend to spend lavishly in their absence and who knows what they might have said behind us that will affect our lives in the near future in our attempt to save the family’s name from being drag in the mud.

In my candid opinion, God blesses us with riches so as to be a blessing unto others and as such it is imperative to focus more on the living than the dead in fulfillment of the blessings God upon our lives as people who represent God here on earth. There has never been a day that God himself has descended on earth to assist his children but he uses us to touch lives by assisting people that are our close relations and those that are outsiders but are in dire need of help.