Paul Adom-Ochere Fumes That Bank of Ghana Broke the Law in the Revocation the Licenses of the 5 Banks—What Else Did They Probably Do Illegally? 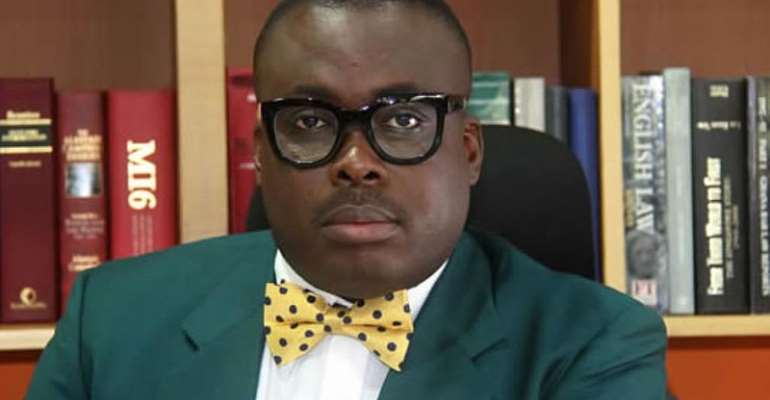 The Bank of Ghana recently announced that acting under Act 930, it has revoked the operational licenses of 5 Banks, on grounds specified by the said Act.

The grounds were that, some of the banks had acquired their license under false pretense (Section 16), an illegality, and the others because they had become insolvent (Section 123). By virtue of Sections 16 and 123 of Act 930, the Bank of Ghana has the power to revoke licenses of Banks in such circumstances.

On Joy FM/MultiTV's news analysis programme Newsfile yesterday, Saturday August 4, Metro TV’s journalist Paul Adom Okyere and others discussed this issue—leading to the shocking revelation that the Bank of Ghana did not follow the procedural requirement of Act 930, which by any reasonable interpretation of the law makes their revocation illegitimate.

The Act is clear on what must be done as well as how it must be done. Obvious procedural deficiencies such as these raise questions and somewhat fuel suspicions that the Bank of Ghana is acting with corporate malic, for reasons other than specified under Act 930 and that there were other reasonable things the Central Bank could have done to get some of the affected banks, especially Unibank Ghana back on its foot.

The Bank of Ghana admitted it did not notify the affected Banks as required by law, Paul Adom Ochere wrote today on his Facebook page. And yet, it claims the revocation was done in accordance with law.

A legal challenge at this stage will not necessarily lead to restitution for any of the banks, but if the Central Bank of Ghana can act in this manner, almost roguery as it pleases, then there is a cause for alarm.

This leads to the question: what else did the Bank of Ghana probably do in the shadows just so it can revoke the licenses of these Banks? 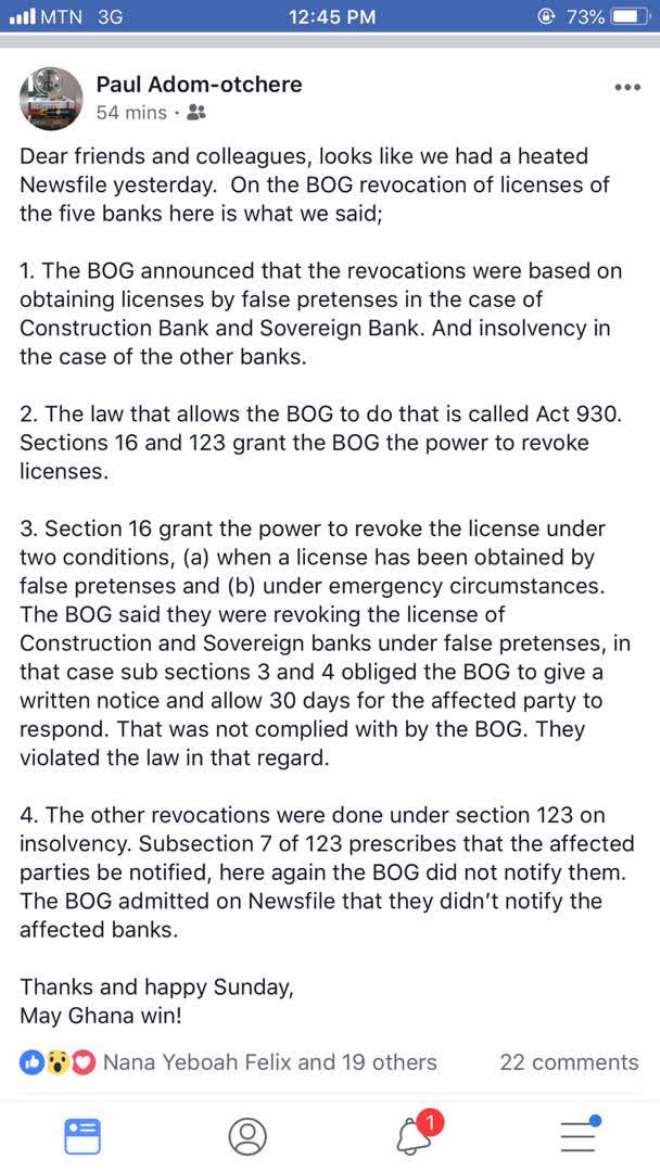