Xavi Bird Sanctuary To Be Integrated Into Tourist Hub 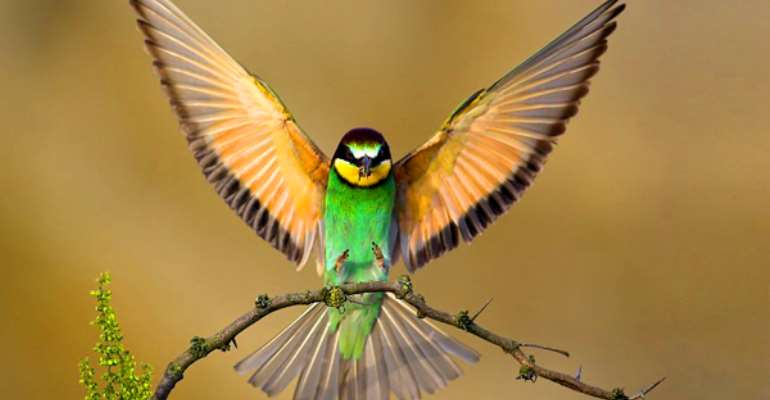 A project to develop the Xavi Bird Sanctuary into an integrated tourism hub is in the offing, Leo-Nelson Adzidoga, Akatsi-South District Chief Executive has stated.

It would involve the construction of hotels and lodges, access roads and a clinic.

Already the area noted for rare bird species subsisting in their natural habitat, pulls a lot of tourists.

Mr Adzidoga, who was speaking to the Ghana News Agency (GNA) on the sidelines of a ceremony marking his first year in office, put estimated cost of the project at US$100 million.

He said capitalisation would be from various sources, with some groups from the UK, Germany and Finland as some of the principal financiers, and that the Assembly had already entered into a memorandum of understanding with them.

The DEC said the facility to be called Xavi Lodge and Reserves, would involve the fencing of the 32,000 hectare project land, building of cages to house varieties of wildlife brought in from other countries.

He said the project would see about 70 local people, recruited and trained to assist in the management of the animals and other components of the centre, proclaiming a new era of 'the rising Avenor.'

The dominant sub-tribe of Ewes in the district are Avenors.

Mr Adzidogah was optimistic, the project, of which the 32,000 hectare land represented the Assembly's share-component, will rake in revenue for the Assembly, both direct and indirect to accelerate development and uplift the area.

He hinted that, MELCOM Company, a supermarket chain was likely to establish a shop at Akatsi.

The DCE also cut the sod for a GHC4 million Facelift Project at the Akatsi Market, involving the construction of 20 sheds, a five-unit clinic, a baby-weighing shed, paving, a day-care centre, drainages, a rest stop for traders with sleeping places and a modern warehouse.

Mr Adzidogah said there was the need to upgrade the market because of the increasing patronage and the first phase would be carried out by Siebs Ray Limited, a Ghanaian firm, within three months, for the second phase to begin.

Touching on his achievements, the DCE said the Assembly had tackled all the unfinished projects of the former regime, including; school infrastructure at Logotey, Wutey, Dagbamate, a court building at Akatsi and a urinal for Ayitikope School.

He said the Assembly had debts left by the old regime to settle and that the policy was to complete all major projects left uncompleted by the former regime before initiating new ones.

Mr Adzidogah however said six new boreholes were initiated and completed, a new shed for cassava dough and urinal at the Akatsi market and renovation work on the Assembly block among others still on-going.

As part of the Day, the DCE met with stakeholders, including chiefs to discuss his focus for the area captured in a book titled 'Avenor Rising - The leadership factor'. GNA