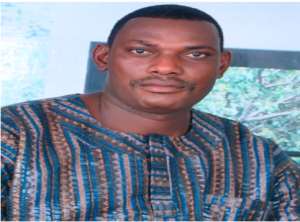 It’s rather unfortunate and pathetic that these tricksters who claim they are ministers of the gospel have no mercy for God’s children who have mistakenly lost their ways into their hands with the view of running away from the devil. These tricksters who pretend to be preachers of the gospel of truth are rather agents of Lucifer initiating innocent souls under their care to the pit of hell.

It’s worrisome to hear from someone who claims to be a servant of God who should be teaching his followers not to make mockery of Jesus Christ of Nazareth who was disgraced, brutalized, nailed and crucified for our sins to be saved out of pride tend to put himself as more knowledgeable than Jesus Christ. It can be recalled that not long ago a man of God was captured on saying Jesus Christ erred simply because he told His parents they weren’t his only family when they thought He was missing; an act which is blasphemous.

They have adopted their own ways which is completely different from what is expected of genuine men of God who are supposed to gather God’s lost sheep back home. It may interest Ghanaians to know that these tricksters who have found their way into God’s ministry through the backdoor to enrich themselves in the pretext of leading their followers to Christ are rather blocking them from been saved.

No wonder Ghana, our beloved nation, blessed with talented men and women with all the natural resources at our disposal still looks like a full grown man struggling to walk upright. If these so called ministers of God have been sincere enough to teach their members who occupy higher positions in government and private institutions not to indulge in corrupt practices which have eaten deep into the fabrics of the Ghanaian society, huge sums of money which have gone down the drain, could have been used to develop mother Ghana beyond aid.

I strongly believe he who has taken God’s work has chosen a good job but what do we see today in terms of the actions and inactions of these self – acclaimed ministers of the gospel. Majority of them are wolves in sheep skin whose delight is in giving out false prophecies, displaying their wealth and properties publicly and also painting their fellow preacher’s image black just because their church is fast growing.

Churches keep sprouting at every corner in the country just because these tricksters see it as the easiest way of exploiting their followers to enrich themselves. Today the house of God which should have been places of comfort and salvation for members who are in distress have become places of discomfort all because many bad nuts have forced themselves into God’s ministry.

The Bible tells us in 2 Corinthians 11: 13-15 “For such men are false apostles, deceitful workmen, masquerading as apostles of Christ”. And if Satan himself masquerades as an angel of light, it cannot be surprising to find his servants also masquerading as servants of righteousness. Their end will be what their actions deserve. The most unfortunate thing is that their followers unknowingly have sold their precious souls to the devil in advance.

They have turned the house of God as a shopping mall where they sell various kinds of items in order to exploit their congregation to grow fat while their members continue to grow lean but are running away from paying tax towards the development of the nation. I don’t blame them because Christians of nowadays are too lazy to devote some of their little time to study the Bible simply because they are much more interested in miracles and prophecies. They attend church with their ears itching to hear prophecies from these so called men of God who are in dire need of repentance than their followers.

God our creator did not abandon his word in whatever he did and it would be good to be enlightened not to be deceived by these fake men of God who are bent on misleading them to the gates of hell. God sent forth his word and healed them all, and the word of God has never gone out and returned without performing the desired purposes. God said “freely I gave unto you and freely ye shall give”, and if I may ask these tricksters who have called themselves into God’s ministry, if indeed they are true men of God, why are they charging people huge sums of money before they heal them?

The devil comes to steal, kill and destroy, and it is sad for lack of knowledge a lot of Christians fall victims to these tricksters and they are perishing. Let us reflect our minds on what is written in 1 Timothy 4:1-2 that the spirit clearly says that in the latter times some will abandon the faith and follow deceiving spirits and things taught by demons whose teachings come through hypocritical liars, whose consciences have been seared as with a hot iron.

They say thus sayeth the lord when God had not spoken because if you look at the way and manner some of them go about their prophecies, you will notice that it is not from God but from their own knowledge. God will never speak to his good servants to use prophecies to tear marriages and families apart and whenever you see them trying to describe the underwear one wears publicly, you do not need a soothsayer to come and tell you they are tricksters and not men of God.

We have all been witnesses to many prophesies by these self-acclaimed prophets of God which did not come true. A prophet came out strongly to tell Ghanaians that God had revealed to him that then NPP’s presidential candidate in 2016 could not become Ghana’s president because he comes from the late J.B Danquah’s family which is accursed. The God we know cannot lie, so the question is which god revealed that to him?

God’s word clearly says “A hand which does not work must not eat” and it is imperative for us as good Christians to work hard to be able to earn a living. The question is “will a man of God who seeks to execute nothing but what the scriptures says organize counseling sessions and other Christian meetings at hours that people are supposed to be at their workplaces looking for their daily bread?

Your guess is as good as mine. It can also be said that it is by the actions of these false prophets that have made many Ghanaians very lazy in the sense that they do not want to strive to make it in life but expect miracles to befall on them while they sit at the comforts of their homes. Is it not laughable to see these self-acclaimed men of God who simply seek to trick people and rob them of their possessions roll on the floor not because they have been able to win souls for God but have just made their members win lottery?

Taking a critical look at these tricksters, you will notice that they do not preach the word of God to their congregation simply because they do not want them to know the truth (the word of God) as it will set them free; it will make them know that they have to seek the kingdom of God first and all others shall be added unto them. Preaching the word to them will get them enlightened, and that will mean that they will have no one to trick again.

These deceitful men of God who preach against mallams and spiritualists who go on radio and television to tell people that they can make them rich within some few days are also hiding behind the gospel to luring people to give them money with the hope of performing some rituals which will make them get multiples of them back. Some of these self-acclaimed men of God even go to the extent of requesting for kola nuts from their followers as they give them spiritual directions to make them wealthy, an act which is very synonymous of Mallams and Spiritualists.

Satan does not offer anything for free: he isn’t Father Christmas. If he offers a fortune, he will take back what is more precious to you, which can even be your life. The Bible says “what profit shall a man gain if he gains the whole world and loses his soul?” As Christians, we should be very discerning enough to distinguish men of God from false prophets or tricksters. That’s why the Bible asks us to be as watchful and smart as the serpent and by their fruits ye shall know them and when a blind man leads a blind man both of them fall into a deep ditch. The kingdom of GOD is at hand so Christians must shine their eyes and work towards their salvation.