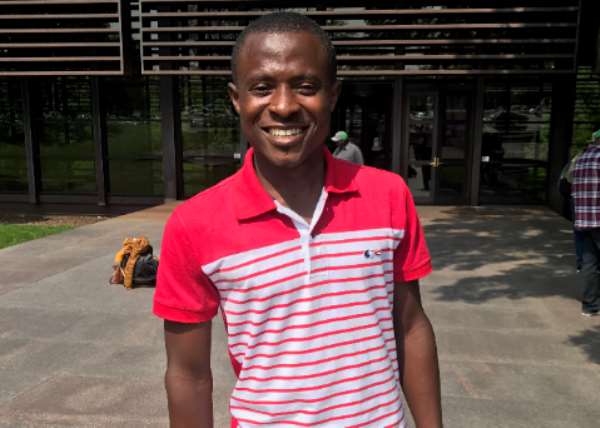 As renowned scientist Albert Einstein once said, “Insanity is doing the same thing over and over again and expecting different results.” If I am asked to describe Ghana’s agricultural industry, I guess this famous quote could be my best description. Ghana has prided itself over the years with agriculture being the key backbone of its economy. But for a long time, we have continued to rely on hoe and cutlass, traditional seeds and traditional methods to grow the food we eat. Yet, we continue to hope for a transformation of the agric sector. That may take forever to happen.

One thing I believe we should be ready to try as a people is the application of the Genetically Modified Organism (GMO) technology, which is broadly referred to as agricultural biotechnology, to food production. Agricultural biotechnology, which are scientific tools used to improve plants, animals and microorganisms, is the future of modern farming. Based on this technology, scientists are able to develop seeds that have resistance to pest and diseases, which has not been possible with conventional methods. Seeds have also been produced that are resistant to drought as well as herbicides, which have played key roles in increasing yield.

Seeds have also been produced with higher nutritional value like vitamins which are crucial to eliminating diseases such as night blindness and malnutrition in various parts of the world. Fall Armyworm has been devastating farm fields in our country over the last three years. There is evidence that some GM crops being developed in Mozambique, Kenya and Tanzania, the Water Efficient Maize for Africa (WEMA), are showing inherent resistance to the pests.

In 2016 alone, for example, 18 million farmers in 26 countries, including South Africa, Burkina Faso, USA and South Sudan, grew biotech crops on 185.1 million hectares (the size of Ghana 9 times put together), making it the fastest adopted crop technology in modern history. Why not in Ghana?

Here in Ghana, where the emergence of fall army worm is destroying tons of maize and other related crops, genetically modified seeds could be developed to avoid devastation of farms. And in farming locations like the northern region, where the land is dry and rainfall pattern is inimical for the growth of crops, drought resistant GM seeds could be the best resort to transforming agricultural production there.

President Akufo-Addo has repeatedly said: “My government is oriented and committed to the development of agriculture in Ghana to make it attractive to the youth.” The president has got his agenda on course as a majority of the youth, including me, are today farming because of the execution of some of these good policies by his government including the Planting for Foods and Jobs Policy.

As a new university graduate who has ventured into farming, I believe there has never been any better moment in the chronologies and annals of this nation for the introduction of agricultural biotechnology and their approval for the cultivation of genetically modified seeds. Ghana as a nation should resort to this modern technology under this era of exhibited strong political will to boost the economy and ensure job creation. I believe agriculture in Ghana must never be treated with disdain and contempt as it has been over the years. And hence should probably be the sector we focus much attention on with all forms of financial boosting and modern technologies.

I believe when it gets to issues of agriculture and GMO, the microphone should be taken much away from civil society groups, NGOs, and politicians, and rather positioned in the various farms, research institutions, agricultural extension offices, and markets. That is where you get a true sense of what is happening from those who know the impact and hurdles they have to go through when the farmer gains poor yields out of poor quality seed; when there is the onset of pest and diseases; when the weather fails; when there is fast post-harvest deterioration of harvested crops and other related farmer issues. The failure on our side to accept modern agricultural biotechnology and GMO to help deal with these problems cannot be justified. It has caused our country much more than we could ever anticipate.

Statistical figures show that from 2009 to 2017, the contribution of the agriculture sector to the GDP took a whooping decline from 31.8% to 19.0%. Worst of all, from just 2011 to 2014, the contribution of the sector declined from 29.8% to 21.5%. Seeing these figures sent shivers through my body and quivers in my bones and I am tempted to ask where we are heading towards as a nation.

Quite agreeably, I know I might not be the only Ghanaian who acknowledges the commitment this government has made towards the development of agriculture since it took office. I don’t believe I might be writing this piece as a farmer had it not been the rollout of some of these policies especially the Planting for Foods and Jobs Program. Yet, my one year of farming experience under the program in the northern region almost got me thinking twice as I failed to break even due to the challenge of long drought undermining the full yield potentials of my crops.

When this happened, I came to the realization that there are many things which we are not doing right as a country and that we are perpetuating the highest form of farmer rights abuse and injustice towards the common small holder farmers somewhere in Chereponi, Saboba, Wenchi, etc in rural Ghana. Without improved seeds, these farmers are suffering an agonizing poor yield from their hard toil. There is that poor woman farmer in Ejisu who has lost virtually half of her farm to fall army worm because regulations and restrictions on biotech crops are denying her the opportunity to cultivate genetically modified seeds in the country.

In trying to find out why this wonderful and impactful technology has not reached the ordinary farmers yet and why the country has not made any efforts to exploit its huge advantages, I found out that despite the parochial reservations of certain groups like the Food Sovereignty Ghana, our nation has made a lot of headway on issues of GMOs because the country’s laws have legalized, approved and accepted GMOs to help give a boost to our agriculture in Ghana and to help sustain food security. Despite these strides, I wish we could do more to ensure the processes are fast tracked so GMOs get onto the market sometime soon.

These anti-GMO groups are on the wrong side of the debate because despite their antagonistic nature against GMOs, the World Health Organization, the American Medical Association, the European Food Safety Authority, Ghana’s Food and Drugs Authority, and several other scientific agencies have confirmed repeatedly that it’s safe to consume GMOs as they come with no health effects on humans and animals.

I’m of the opinion that Ghana is sitting on a time bomb with regards to food sufficiency and security, especially with the recent trend and occurrences like the rise of the Fall Army Worms which affected over 110,000 hectares of farm fields in 2017, forcing government to invest about 15 million cedis to import chemicals to control them. “The fall army worms have come to stay…. there is therefore the need to holistically manage them so as to reduce its adverse effect on agriculture,” declared Dr. Felicia Ansah Ampofo who is the Director of Plant protection and regulatory services directory at the ministry of food and agriculture. So we all need to be prepared to introduce advanced technology to help control them.

Besides this, there is high spike in the Ghanaian population placing more demands on agricultural lands for use in constructing houses, as we have seen in areas like Kasoa where very good fields initially earmarked for maize and tomato production are now all residential communities. There are unfavorable weather conditions, especially in the northern region, with very minimum rainfall. I have personally lost crops as a result whilst proficient seeds like the Water Efficient Maize for Africa (WEMA) are being enjoyed by farmers in South Africa. These challenges could worsen the quality of agricultural productivity if we fail to take immediate action towards the modernization of the agric sector and introduction of improved seeds like GMOs.

As a farmer, I am much worried about the fact all the pragmatic measures President Akufo-Addo and his government is putting in place to raise the standard of agriculture in Ghana might come to naught if we fail to take seriously and fast track the processes leading to the approval of GMOs in Ghana to motivate more youth like me into farming. This will in effect also help prevent the Dutch disease in the oil sector.