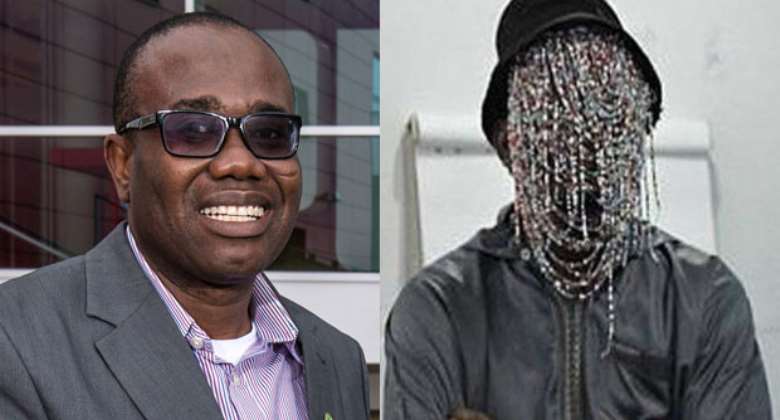 The man who fronted for the Arabian investor at the centre of the Anas Aremeyaw Anas investigative piece that has caught the Ghana Football Association (GFA) President, Kwasi Nyantakyi, in the web, has been revealed.

According to a statement given by the GFA boss to the police, it was one Mr. Soale, who claimed that Sheikh Al Thani, a Qatari, gave the National Democratic Congress (NDC) $8 million to support the re-election of then President John Dramani Mahama.

The NDC has denied receiving any money from the Qatari businessman for its 2016 campaign.

Anas and his Tiger Eye PI are set to premier the documentary titled: “Number 12: When Misconduct and Greed Become the Norm,” today, June 6 at the Accra International Conference Centre.

Mr. Nyantakyi, in a statement given to the Criminal Investigations Department (CID) of the Ghana Police Service said Soale told him that he had been with Sheikh Al Thani for over four years and that the Sheikh had expressed interest in sponsoring the Ghana Premier League for $5 million for five years.

“Out of the blue, he said Sheikh Al Thani wanted to set up an oil refinery in Ghana,” Mr. Nyantakyi reportedly told the police, adding that Soale had told him that “as a businessman, Sheikh Al Thani had similar investments in Cote d'Ivoire, Botswana and Lesotho and other parts of Africa.”

He told the police that Soale had told him that “Sheikh Al Thani was the major shareholder in their family business known as Medgulf Construction Limited.”

NDC $8m
“He further said that in 2016 $8m Sheikh Al Thani initiated similar move to establish an oil refinery in Ghana. He had discussions with the previous government. Soale told us Sheikh Al Thani gave $8m in financial support to Mr. John Mahama for the 2016 general elections,” Mr. Nyantakyi said in the statement.

“Mr. Soale then said Sheikh Al Thani was ready to offer financial support to the government and NPP party in mitigation of expenses incurred in the run-up to the 2016 general elections,” Mr. Nyantakyi said in his police statement, adding “he then sought our advice.”

Mischief
Mr. Nyantakyi said that his conversation with Anas' agent had been heavily edited, challenging Anas to play the unedited full conversation if he was not up to a mischief.

The GFA boss was arrested on Wednesday, May 23, after President Akufo-Addo had made a report to the police for allegedly using his name in a business transaction in an investigative piece by Anas, which is being aired today.

The embattled GFA boss was arrested when he disembarked an Ethiopian airline after undertaking an assignment for the Confederation of African Football (CAF) in Morocco.

He is said to have expressed his desire to assist the police investigators after going through about five-hour grilling.

Before Mr. Nyantakyi's arrest, Deputy Chief of Staff, Samuel Abu Jinapor, had said at a media briefing that the GFA boss was a subject of an investigation by the CID after the President had seen parts of an investigative piece by ace journalist, Anas Aremeyaw Anas.

Mr. Jinapor said Mr. Nyantakyi was captured by Anas' Tiger Eye PI allegedly trying to secure investments in the name of the President, Vice President and other key government officials and that formed the basis for President Akufo-Addo's complaint to the police CID.

Mr. Nyantakyi's arrest has sparked heated debate, bringing Anas' investigative skills into the spotlight once again, with an accusation of entrapment.

Currently, the Member of Parliament (MP) for Assin Central, Kennedy Ohene Agyapong, who clearly does not appear to be enthused about Anas' modus operandi, has started questioning how the journalist – whose name apparently evokes fear in some people – conducts his investigations.

'Breaking the 8': Party needs fresh executives in Ashanti re...
39 minutes ago

NPP Regional elections: Be vigilant, NDC is sponsoring some ...
57 minutes ago