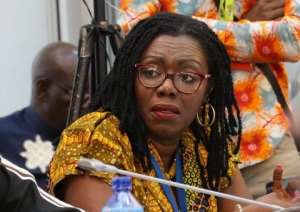 KelniGVG Limited has for the first time spoken on its controversial US$89 million government contract, saying the monitors it will be connecting to the networks of the telecom operators are passive and non-intrusive.

This was contained in a 19-point response to questions about the common monitoring platform (CMP) and some of the thorny issues that have been raised about the deal over the past few weeks.

The main issue raised by telecom service providers in particar, is the issue of data security and interference with customer privacy.

The telcos alleged that the architectural design of the KelniGVG equipment they have seen, indicates to them that the monitors can spy on their customers.

Indeed, the Communications Service Tax law states categorically that the monitoring equipment should not be capable of accessing content of any communication.

Government officials who have been responding to the issues, have insisted that the CMP cannot spy on the telcos' customers, adding that telcos are even allowed to connect their own probes to the monitors as additional security for customers.

KelniGVG response
In their own response to that issue, KelniGVG said "non-intrusive, passive and secure data collection equipment will be installed at each operator's site."

KelniGVG also said in their Q&A that the CMP is purely signalling based, explaining that it only collects controlled information exchanged between telecoms nodes before, during and after any communication on the network.

It also stated that the operations of the CMP will conform to Ghana's Data Protection Act 2012, Act 843.

Traffic monitoring, according to them, enables the comprehensive and accurate billing of the government 32 per cent share of the 19 cent per minute of international incoming traffic.

Revenue assurance
It said the CMP will monitor the amount of revenue generated by both mobile and fixed network operators.

Revenue stream to be monitored include those from prepaid and postpaid services (SMS, data, voice), value added services (VAS), wholesale services and other telecom services.

Mobile Money
KelniGVG said the CMP is able to capture mobile money transaction data to establish the total value of authorized e-money in the market and consequently the fees that accrue to each operator on a monthly basis.

"It also provides detailed and comprehensive statistics on mobile money transactions including but not limited to cash in, cash out, fees associated with transactions, peer-to-peer transfers as well as total volume and value of transactions by operators," it said.

Fraud Management
The CMP, according to KelniGVG will manage fraud by tracking inbound international traffic via test calls generated abroad into Ghana, and the termination behavior of those calls will be used to determine which traffic bypassed the approved international gateways into the country.

Already, KelniGVG has started making 5,000 test call per day from 57 countries into Ghana, and has through that detected and reported almost 4,000 fraud SIMs.

All of these specific information from all four services mentioned above, will be generated on daily, monthly, quarterly annual basis to help the respective stakeholders in their decision making and necessary actions.

KelniGVG said software updates and periodic fixes will be done to the CMP regularly and upon request by the key stakeholders, but a complete equipment refresh will happen at the end of the five-year contract period before transfer.

The company steered clear of any issues raised about the US$89 million contract sum and whether their services are even necessary for the country.

It also refused to touch on the legal suit against the project as its name was not cited in the suit.

Meanwhile, the National Communications Authority (NCA) has written to all the telcos reminding them of their legal obligations under the CST law and the risk they run if they violate the June 11 deadline to allow KelniGVG to connect the probes.

But civil society group, OccupyGhana is threatening legal action if the project goes ahead as planned.

Any decision on Achimota Forest should either add more ecolo...
56 minutes ago