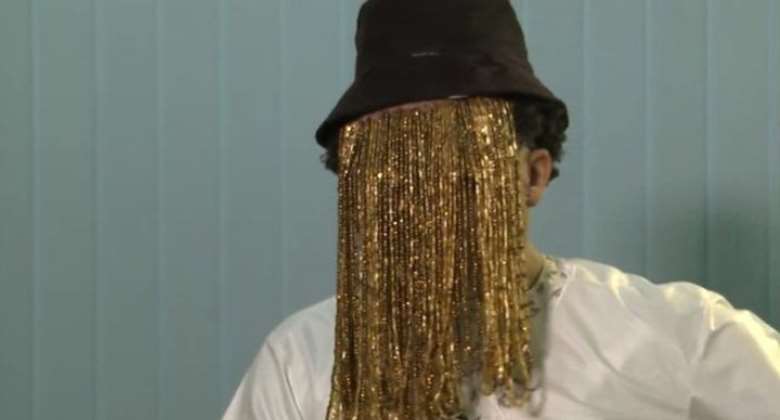 He said Anas Aremeyaw Anas is his real name which is also in his passport,” so what people are saying that Anas has different names is not true”, he sated.

Ohemeng Tawiah who is also investigative Journalist, speaking on Kumasi-based Nhyira FM, Sports show hosted by Bright Kankam Boadu, said “We have been close Friends since 2002,know one has had access to Anas’ bedroom, I have accessed Anas’ bed room, we shared a common table and we ate together”.

According to Ohemeng Tawiah, “Anas Aremeyaw Anas can put on any of these 146 prosthesis face, so it is not easy for anyone to identify him, today you can see Anas as a white man the next day he appears as a black man or any kind of human begin one can think of.

Kennedy Agyapong claimed he had ‘pictures of properties’ owned by the investigative journalist to prove that he [Anas] is not clean.

But Ohemeng Tawiah said “all the pictures circulating on TV and social media, with some people claiming those images are the masked investigative journalist Anas Aremeyaw Anas are fake”.

There will also be screenings in Kumasi, Tamale, and Takoradi between June 9 and June 16.

It is not clear what this investigative piece is about. However, sources indicate that politicians and some of their stakeholders will be implicated in this latest documentary.

Anas who is a household name when it comes to investigative journalism in Ghana has over 20 works to his name. He has done investigative pieces both locally and internationally.He has described the aim of his undercover journalism to name, shame, and jail.