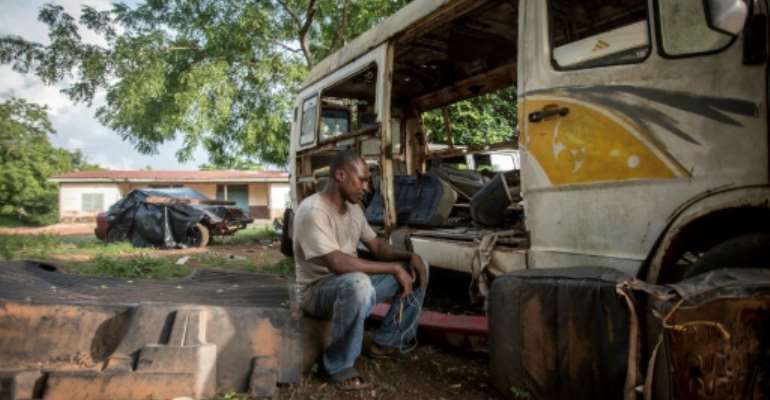 Ernest Yaw Owusu, 38, sits in his car workshop in Ghana and says if he had the money he would go to Libya and then try to get to Europe. By CRISTINA ALDEHUELA (AFP)

Ernest Owusu wants to get his hands dirty. "I have nothing to work on," the Ghanaian mechanic complains, looking around at his roadside garage which is littered with rusted cars and vans.

If he had the money, he said, he would spend it on trying to go to Libya, and from there to potentially seek a new life in Europe.

Owusu, who lives in Dormaa-Ahenkro in Ghana's Brong-Ahafo region, is oblivious to the acclaimed speech that the country's President Nana Akufo-Addo gave in December last year.

He told his visiting French counterpart Emmanuel Macron that he wanted to unshackle Ghanaians from a mentality dependent on overseas "aid and charity".

Instead, he aims to harness the "resilience and ingenuity" of those who make the perilous journey across the Sahara Desert to help build a country for the future.

Owusu, 38, is one of those people. But the fact he wants to go back to Libya is an indication that he and many others feel there are precious few options at home.

Dormaa-Ahenkro, near the border with Ivory Coast and some 450 kilometres (280 miles) by road from the capital Accra, is a hotbed of irregular migration -- travelling without proper documents such as a passport and visa.

Owusu, who has three children, spent 20 years working as a mason in Libya until he was deported in 2011 when police intercepted the boat he was on in an attempt to get to Italy.

Ghana's economy is expected to grow by 8.3 percent this year -- the fastest in the world. But unemployment is still a major issue.

Two years ago, the World Bank said nearly half (48 percent) of people aged 15 to 24 were jobless.

The government is trying to get 100,000 university graduates into work, but Owusu never finished school and doesn't believe there are opportunities for the likes of him.

"It's a lie," he said about economic growth. "You can't come here and say it's good. Look at my hands, there are no cars."

Farming tomatoes up the road is another Libya returnee, Kwame Amadu Haruna. 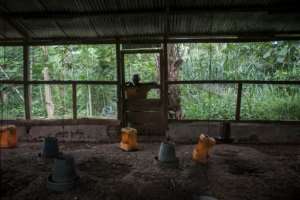 He also worked as a mason and is struggling to make ends meet in Ghana. He tried to start a poultry farm but ran out of money. The structure is built but there are no birds inside.

A friend calls him daily to try to convince him to return to Libya. Unlike Owusu he has vowed never to go back after having a gun pulled on him and his wages withheld.

Haruna, 43, instead tries to tell people not to go. Those he talks to are unaware of the harsh realities of the journey and the often slave-like conditions that await.

He says he's heard about Akufo-Addo's plans and is optimistic for the future. But he too says nothing will prevent the exodus if there are no jobs.

Discussions about bringing jobs to Ghana's provinces are "just talk". "We didn't see anything," he added.

There are increased coordinated efforts to stem the flow of irregular migration, which reflects a trend elsewhere in West Africa, particularly Nigeria. 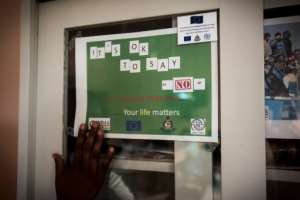 On May 15, 148 Ghanaians were voluntarily brought back from Libya, taking the total number of returnees since July last year to 706.

As of March, the International Organization for Migration (IOM) identified 62,422 Ghanaians in Libya -- the fifth largest of 38 nationalities in the North African country.

The European Union has funded the construction of the Migrant Information Centre in Sunyani, the capital of the Brong-Ahafo region, which is run by the Ghana Immigration Service.

GIS chief superintendent James Hayford Boadi and his team educate local communities about the risks and realities of irregular migration, and seek to promote regular migration instead.

He said that in 2012 about half of returnees from Libya came from Brong-Ahafo, escaping the 2011 uprising after the fall of Libyan leader Moamer Kadhafi.

Since then, the region has been over-represented in irregular migration. 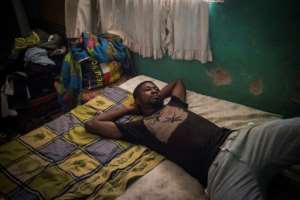 Nevertheless, Boadi says irregular migration is "endemic" and people like 30-year-old Albert Oppong, who graduated from university in 2013, maintain it's a risk worth dying for.

He's lost count of the number of jobs he has applied for. Many of his friends and schoolmates have died trying to get to Libya and beyond. His older brother was killed there in 2016.

One thing united them: poverty. "You never see the worldly people's sons or their wards leaving to those places. It's about work," he said.

He was also sceptical of talk about a brighter future in Ghana, accusing politicians of making promises but not delivering.

"If you know you are from a poor background, you know you can only make a change there (overseas) for your family if only you don't die."

He believes he will be one of the lucky ones and survive the trip: "Everything is determination and perseverance. Through that, I can get there."

CEO Of Travel Bureau Limited In Court For Stealing, Forging ...
3 minutes ago