Open Letter To The Minister Of Energy 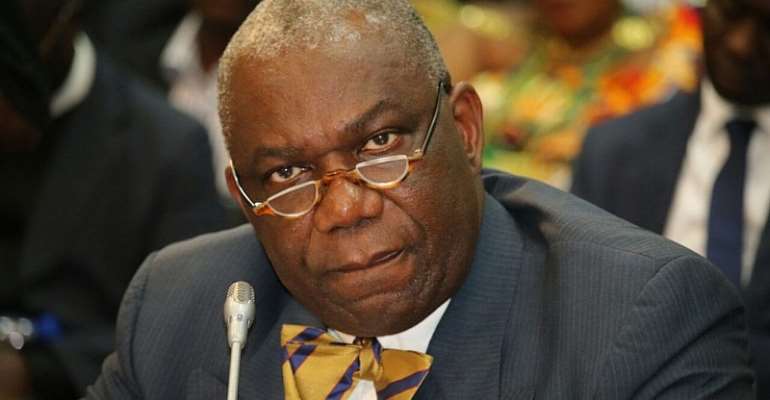 Being familiar with the adage that says no one is epitome of knowledge and wisdom, it is worth considering others views in decision making hence the need to consider this for a consensus nation building.

I have this submission which I think if considered by Authorities of the Energy Ministry and the Ghana National Fire Service would be a better option than the policy which seeks to supply gas at the homes of consumers.

As the police dispatch officers everyday to the banks and other security areas to protect and ensure safety, similarly the fire service personnel could be dispatched everyday to fuel and gas stations to safeguard activities that goes on at such places especially during refilling/discharging which seems to have taken a lot of life recently and even in the event of an occurrence, the fire service personnel to provide a timely intervention and advise before the arrival of the fire tenders. Finally the daily presence and monitoring of fire logistics will ensure service stations adhere to regulations that govern the work as a fuel/gas service station. Compare the intervention of a skilled personnel in combatting fire at the fuel/gas stations to a lay person who may be restless and helpless without direction. Again let us compare the waiting and arrival time of the fire tenders in the event of fire at the said stations. The cost of lives that would be saved compared to the cost of implementing is at variance.

The fire service personnel should receive orientation on safety guidelines in handling cargo gas discharge from tankers and further distribution. The policy would spell out clearly for fire service personnel to ensure availability of requisite minimum fire fighting equipments supplied by the Government to the gas stations compulsory at affordable prices.

All workers at various stations should also receive on the job training from the stationed fire service personnel on minimum fire fighting techniques. Under the guidance of the fire service personnel and with the above preparation an immediate intervention can therefore be given safely and timely whilst waiting for the fire tenders, of course we don't need to be told there is always a lag time before they arrive.

I made this submission for consideration because from observation, it will be a proactive measure in savaging fire outbreaks than the cluster method which keeps all the Officers at the Fire Station and making them less useful.

There are arguments raised by consumers against the idea of distributing filled cylinders to them at locations and residents denying them their ownership of the cylinder they have purchased with their own money and which may even be new only to be exchanged with a very old one. This they consider as an unfair treatment and wish they had an alternative. Their better option is to employ this idea of making use of an already existing Fire Service Personnel to provide a cheap but effective measure in combatting the fire menace.

Let us give attention to analyze this critically as citizens of this country and extrapolate the benefits we will derive in its implementation.