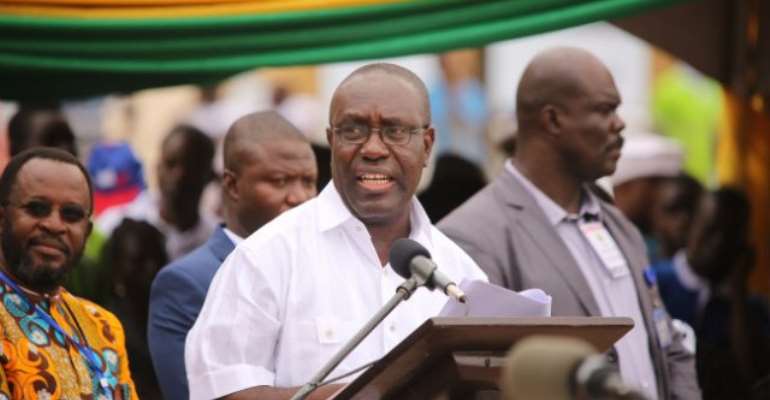 General Secretary of the Trade Union Congress (TUC) is calling for an urgent review of Ghana’s labour laws in order to address issues of bad work ethics in the country.

Dr Anthony Yaw Baah said “Our laws are not friendly to us at work. When you read section 65 of our law which allows employers to do what they want and they always refer to that law. The antidote to that is for us to change the law.”

He was speaking at a May Day forum in Accra under the theme: ‘Sustainable Development Goals and Decent Work: The Role of Social Partners”

Dr Yaw Baah made this statement citing examples of what happened at Goldfields Ghana where some employees were laid off last month.

He said, "I told the Minister of Employment that we need a policy direction from the government, look at what is happening at Goldfields, just last month 2000 people from one day had their contract changed from permanent employees to casual workers.”

Dr Yaw Baah said the situation is unacceptable since contract working limits the benefits and rights of workers under the labour laws of the country and must be changed.

International Monetary Fund (IMF)
Dr Baah also blamed government’s pact with the IMF as a contributory factor to job insecurity in the country. According to him, some conditions which the IMF proposed have not worked hence the need for government to focus on social partnership to achieve the sustainable development goals.

According to him, there is no reason why Ghanaians should be poor because there are lots of resources in the country.

The forum was organized by the Organized Labour led by the Trade Union Congress (TUC), under the auspices of the Friedrich Ebert Stitung (FES) as part of the 2018 National May Day Celebrations.

This year’s May Day celebration will be held at the Baba Yara Sports Stadium in Kumasi.

I’ll keep talking, shouting and pointing the nonsense in thi...
26 minutes ago