3 Grabbed Over Robbery In Koforidua 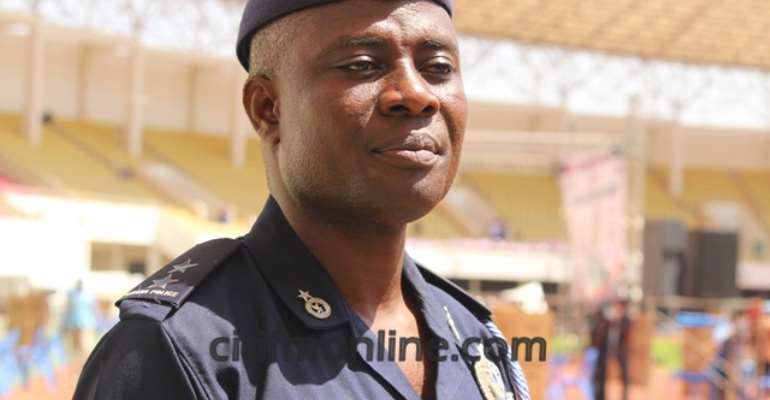 The police in the Eastern region has disclosed that three persons have been arrested in connection with three separate robbery incidents by a gang of 4 armed men in the New Juaben Municipality of the Eastern Region.

This latest update came from the corridors of the Eastern Regional Police Public Relations Officer, ASP Ebenezer Tetteh who spoke on the Citi Breakfast Show.

"The arrest was made after an identification parade, during which the three were identified by eight victims of the robberies," he said.

He further added that the three of those arrested are most wanted and notorious armed robbers who have long been on police hit list.

ASP Ebenezer Tetteh revealed that the victims and other members of the public are assisting the police with further information to enable them prosecute the suspects.

He mentioned that in their attempt to make the people of Koforidua safe, they have divided the municipality into four zones for quick responses. He says they have intensified their intelligence based systems.

“We have zoned the municipality into four zones, recently the police administration gave us three additional vehicles for operational purpose and in addition to the vehicles we have now, we have been able to zone the municipality, so that at any point in time, based on the where the robbery is, we can quickly respond to the crime scene,” he said.

During the three separate robberies by the armed gang of four, victims were subjected to severe beatings, during which a family were robbed of their wedding rings, television sets, jewellery, laptops, footwear, clothes and foodstuffs.

Postpone 2020 Elections To Next Year – Methodist Minister
52 minutes ago