Nepotism shows its Ugly Face in Weah’s Government: An Early Sign of Continuing the Practice of Bad Governance in Liberia 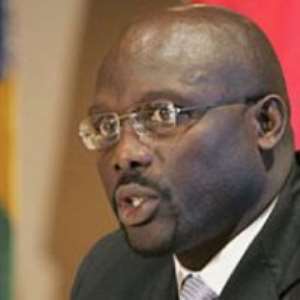 The vivid practice of favoring relatives or closed family members to key positions of government was pervasive under Madam Ellen Johnson Sirleaf especially in her second term of office (2012 – 2017). Robert Allen Sirleaf, the favorite son of Madam Sirleaf was not only senior advisor to the President but also Chairman of the Board of the state-owned National Oil Company of Liberia (NOCAL). Fumba Sirleaf, the foster son of Former President Sirleaf was head of the National Security Agency (NSA). Charles Sirleaf, another son of President Sirleaf was and is still one of the governors of the Central Bank of Liberia (CBL).

As the then biggest opposition political party Liberia, the Congress for Democratic Change, now one of the member parties that makes up the ruling Coalition for Democratic Change, not only herald but also vehemently condemned Former President Sirleaf for appointing members of her family to lucrative positions in the government. In fact, this was one of the key weaknesses the CDC highlighted against the Johnson-Sirleaf-led regime and justified to the mass of Liberians that the Unity Party (UP) led government, under the auspices of a Nobel Laureate and Africa’s first democratically elected female president, was not committed to promoting good governance. The opposition argued then that nepotism in governance promotes conflict of interest, breeds corruption with an attendant consequence of impunity, low productivity, ineffectiveness, and inefficiency on the job, the promotion of mediocrity over merit and etc.

The CDC consistently placed the feet of Madam Sirleaf to fire regarding her nepotistic practice. This made many Liberians to have the thought that when the CDC is given political power, nepotism would be an exception rather than a rule. Many CDCians in and around Monrovia argued that when the CDC takes state power, neither the President nor the Vice President would allow any of their closed relatives to be appointed to key positions in government. With just one month in a CDC led regime under the Presidency and Vice Presidency of George Manneh Weah and Jewel Howard – Taylor respectively, such argument from the CDC is now a “Fallacy of Tu Quo or Tu Quoque”. This fallacy occurs when people do not follow their own advice or do not practice what they preach. The CDC that condemned nepotism yesterday is now an ardent adherent to such vice of contemporary governance.

Embarrassingly, our nominated Deputy Minister for Administration of the Ministry of Finance and Development Planning, who was nominated based on her relationship with Min. Mcgill, a crony of President Weah, could not tell what fiscal policy is when she appeared for confirmation hearing before the Senate Committee on Ways, Means, and Finance. For a Deputy Minister of Finance to not know that fiscal policy is exposed the charade of the CDC. It is the policy that deals with how government allocates resources for the purchase of goods and the hiring of services over a stipulated period of time. Her lack of knowledge of fiscal policy clearly shows the loophole that is often created in governance when nepotism is celebrated over meritocracy.

The PR agents of the ruling -CDC have argued that these appointments cannot be characterized as nepotism because the appointed are not relatives of the President who is the appointing authority. But we say to them that one does not need a rocket scientist to conclude that, taking into consideration the gross limitation of those appointed, the appointments were influenced by people closed to the President, especially Vice President Jewel Howard Taylor and Min. Nathaniel Mcgill. When my grossly inept relatives are appointed based on my influence on the appointing authority, it is still nepotism but this time, we call it indirect nepotism. Whether it is direct or indirect nepotism, the repercussions or consequences of such vice in governance still remain: conflict of interest, corruption with impunity, ineffectiveness, inefficiency, and promotion of inferior services in government and etc.

Not only has nepotism been put on the center stage in the early days of the CDC-led government, political patronage, favoritism and cronyism have also been dressed up in white Christmas suits. If anyone argues that appointment in the CDC-led government should be based on who may have helped elect the person who has the power of appointment rather than on qualifications and credentials, then your loyalty to the CDC is so acute that it has the tendency to destroy the fabric of the state.

Jefferson Koijje, a youth leader who has no college education as well as no public sector experience is now the Mayor of Monrovia, the Capital City of Africa’s oldest non-colonized independent republic. Mamasie Kabba, a devoted CDC talk show participant and student of the African Methodist Episcopal University (AMEU) who neither has background in public service nor gender and children advocacy is now Assistant Minister for Planning and Research of the Ministry of Gender, Children and Social Protection. Additionally, Mamina Carr, a University of Liberia’s student who fluctuates between second and third year is also one of the Assistant Ministers at the Ministry of Gender, Children and Social Protection. Based on conservative estimate, not more than 40percent of President Weah’s appointment is based on merit.

With these obvious signs of the new ruling political class not breaking away from the relics of bad governance and other vices that have kept the country down the ladder, religious dogmas think that having forty days and forty nights of fast and prayer, intercessory services and etc. at their churches and mosques will solve Liberia’s enormous socioeconomic challenges. We keep doing more of the same thing and expecting different results. It is like a cook who uses the wrong recipe but expects her food to be tasty. With this pervasive promotion of nepotism whether in its direct or indirect form in the early days of the CDC-led regime, the continuation of bad governance in Liberia cannot be overemphasized.

AND SO IT GOES!!!
Moses Uneh Yahmia is an ardent member of the Movement for Social Democratic Alternative (MOSODA). He can be reached via [email protected] / +233209326013