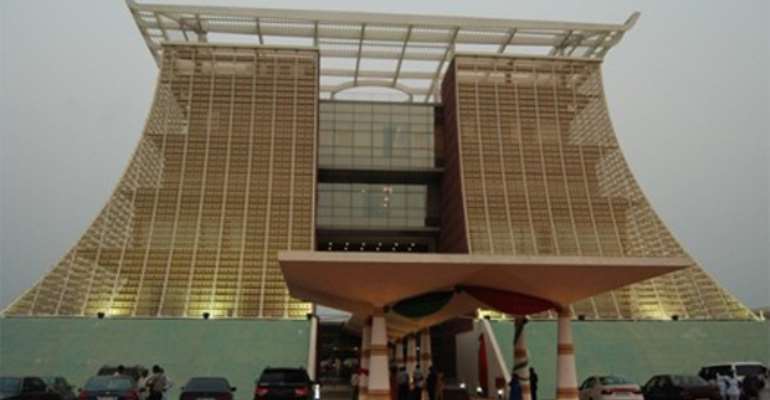 Reader, I have said it before, and I will repeat it anywhere a thousand times, that NAME is everything. The old adage goes that “give the dog a bad name to justify its execution”.

And, the Holy Bible records in Exodus Chapter 20 the Third Commandment ……. “Thou shall not take the name of the Lord thy God in vain…….” Reader, NAME is everything.

I remember so well one of the very first court cases that I handled, as a fresh lawyer in 1986. My client had refused to accept paternity for a child but the Court ordered that he should name the child at all costs.

My client out of annoyance told the Court that very well, I will name the child after my grandmother LUCY and since the child is a boy I will call him LUCIFER!!!

The Court refused to accept that name for the poor child.

Why is it that nobody names his child ABSALOM? Or CAIN? Or JUDAS ISCARIOT? Why do people love to call their children DAVID, PETER, MOHAMMED? Reader, name is everything.

I remember so well the very first time that I walked into “Flagstaff House” – it was in August 1979, as a Lieutenant in the Ghana Army, to start work as ADC to the Army Commander, then Brigadier Arnold Quainoo.

On 24th February, 1966, when Kotoka's boys staged the coup, they had a hell of time trying to capture the Flagstaff House. Do you see some high rise flats opposite Flagstaff House? They were the military quarters housing the President's Own Guard Regiment – under Colonel Zanlerigu.

They defended the presidential seat so well that but for the SURRENDER of Colonel Zanlerigu following the killing of the Army Commander, Major General Bawa, 24th February 1966 would have been a different story.

Shortly after the coup, the National Liberation Council restored Flagstaff House as Army Headquarters and this is where 13 years later, in August 1979, I entered to start work as ADC to the Army Commander.

Reader, I found the House a fortress. There were as many as FIVE military gates before you can get to the main office structure housing the Army Commander.

Flagstaff House continued to be the central command plot of the Army until the era of President J A Kufour when the Army Headquarters was moved to Burma Camp and the building was fully renovated to become the office of the President and to be a memorial of Ghana's 50th Anniversary, it was named JUBILEE HOUSE.

Since the inauguration of President Akufo-Addo, I have been there a few times and anytime I enter, I try hard to find relics of the old building without success. In fact, the only “memorial” of Flagstaff House is the actual residence of President Kwame Nkrumah which is still there, in fact, as a small annex. Otherwise, it is a complete newly transformed castle.

It was therefore natural that President Kufour called it Jubilee House, to mark a complete break with the past. In fact, if President Nkrumah were to resurrect from his grave one night to wander about, he will get lost since there is nothing remotely resembling his famous office structure.

But, unfortunately, NPP lost the 2008 elections and when Mills took over, they wanted to show Ghanaians that they were in power; they did not want to have anything to do with NPP projects so they quietly pretended that there was nothing like Jubilee House but rather the old Flagstaff House.

Typical of the NDC, they voted an extraordinarily huge amount of money in the name of “renovation” to finally make the structure “presidential” enough. Mills continued to use the Castle as his office, and it was in the Castle that he died in his fourth year as President in 2012.

John Mahama entered Flagstaff House as his office and continued staying there until he was booted out by more than one million popular votes for Nana Akufo-Addo.

After using Flagstaff House for one full year, Nana Akufo-Addo has very rightly decided to return to the original name of the new seat of Government – JUBILEE HOUSE.

I agree hundred per cent with that decision. It is a tribute to Ghanaian architectural engineering industry; making a clear break with the colonial fortress called the Flagstaff House.

During the recent furore over whether the Registrar of Births and Deaths should register names like “Nana” and others, I have a friend who angrily asked me: Captain, so if I decide to name my daughter “Bathsheba Khebab” what business is it of the Registrar?

Not much really, but I can bet that when the child grows up, she will change her name to “Bathsheba Beauty” or “Precious” “Fortune” or Wisdom”……..

Welcome Jubilee House, official residence and office of the President of the Republic of Ghana!!!