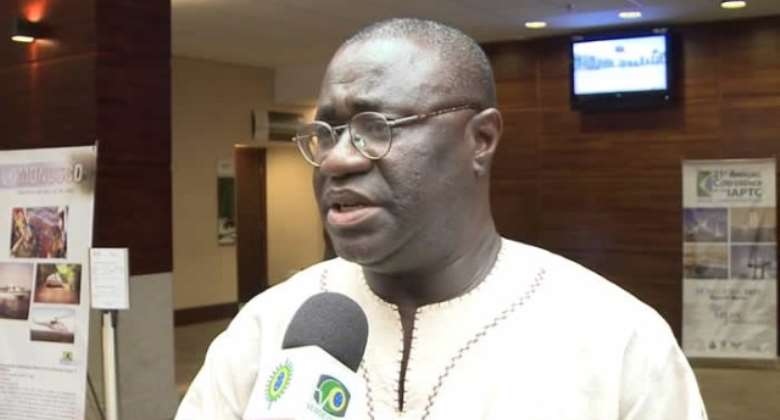 Security Expert, Dr Kwesi Aning, has sounded a note of caution to the security detail that has recently been deployed to Agogo in the Ashanti Region to flush out cattle herders destroying farms and properties.

The joint police and military detail, Operation Cowl Leg, was recently revamped with more personnel and logistics – including three new helicopters – following the gunning down of three members of the taskforce by suspected armed herdsmen.

Just like neighbouring Nigeria, herdsmen -- believed to be Fulanis -- and local farmers in Ghana have been locked in conflict over the use of grazing land for decades.

Many lives have been lost in the Ashanti, Eastern and Western regions due to Fulani-farmer clashes.

In a bid to quell the menace once and for all and in response to the attack on the members of the taskforce, the government has revised its strategy, this time with a focus on driving out the nomadic cattle herders with intensified force.

Three soldiers sustained gunshot wounds after an attack by the herdsmen at Agogo on Monday, 8 January 2018.

The soldiers and a police officer, all members of Operation Cow Leg, were shot by herdsmen after they had responded to a distress call by a farmer whose crops were being destroyed by cattle belonging to the Fulani.

The unknown assailants laid ambush and shot at the security officers.

The wounded security officers are currently receiving treatment at the 37 Military Hospital.

Commenting on the situation, Dr Aning said the revised strategy, which may include brute force, will not be effective.

He warns that the Fulani ethnic group, which he said constitute a substantial population within the Sahel region, may respond with equal force, thereby escalating the problem.

Dr Aning, who is Director of the Faculty of Academic Affairs & Research at Kofi Annan International Peacekeeping Training Centre, believes dialogue with the cattle herders may prove a more sustainable solution to the menace.

Related video: Watch 'Violent Shepherds', a documentary on the farmer-herdsmen situation in Ghana

Warning to herdsmen
The Chief of Defence Staff, Lt. Gen. Obed Akwa, has warned the nomadic herdsmen to cease attacks on security and inhabitants of Agogo and other areas.

He said security forces will not hesitate to descend heavily on herdsmen who attack members of the taskforce.

“If anybody dare attack them, then they have defied the authority of government, and, as I said, such attacks cannot go without response and this response will be proportionate. It will be graduated; depending on the level of attack, we will up our game. It will address the core problems of the Traditional Area.

“In response to that, we decided under the authority of the Commander-in-Chief to send in reinforcements to send a clear message to those involved in this dastardly act that they cannot continue to act with impunity in the state of Ghana,” Lt. Gen. Akwa underscored.