GPRTU Not Scared Of Uber 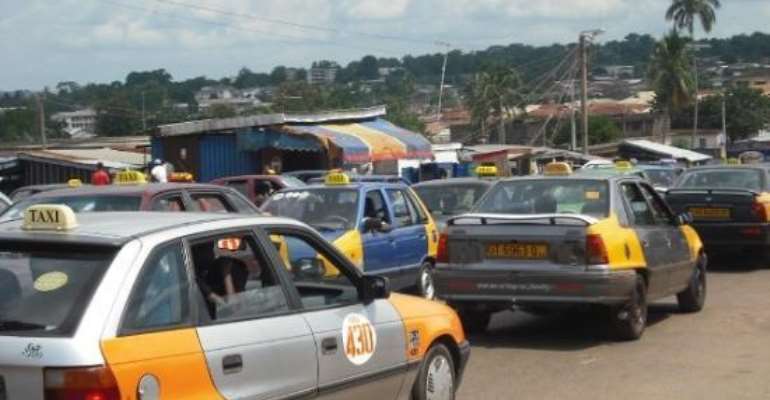 Taxi drivers operating under the Ghana Private Road Transport Union [GPRTU], have said they are not scared of competition from Uber, a global company that uses technology to connect people to taxi services at an affordable rate.

Speaking on the Citi Breakfast Show on Monday, Vice Chairman of GPRTU, Robert Saba, said they can also create a similar APP used by Uber to enhance their services.

He however accused Uber of flouting the Ghana's Road Traffic Regulation 2012 L.I 2180, which streamlines the operations of both commercial and private vehicles, adding that Uber drivers must be arrested for what he said is an illegality.

Mr. Saba also insisted that Uber vehicles must be re-branded with taxi colours, arguing that in practice that is what Uber does.

“What I'm saying is that, they [Uber] are operating like taxis but they do not pay the fees which taxis are paying. For instance the wings of Uber vehicles must be painted yellow in accordance with section 130 of the L.I. You cannot use private vehicles for commercial purposes. That is also an offence. We pay fees to District Assemblies to emboss our vehicles, do they do that? They do not so all these expenses are not taken into consideration by them, so if they reduce their fares, that is good enough.”

The GPRTU Vice Chairman made the claim on the back of reports on social media that the Ministry of Transport had directed Uber to spray its vehicles with taxi colours; a report the Ministry has since denied, saying no such decision had been.

“The meeting wasn't conclusive because it is an ongoing process. We are listening to some of the laws and all that. The commercial drivers were raising all those things; about what is required for one to operate as a taxi service in the country, all the regulations that are available that one is expected to fulfill, and all of that,” the Ministry's Public Relations Officer, Gloria Holm-Graves told Citi News.

But Mr. Saba said per Ghana's traffic regulation, taxis must have some of their parts painted with yellow colours as well as have a section indicating the number of passengers the taxi could take, information about the owner of the taxi among others, adding that because Uber taxis do not have such information; they are currently what he described as “invisible.”

He also insisted that, because taxi drivers pay tax and other levies to the state, Uber drivers must also do same.

“In accordance with this regulation, their operations are illegal. They should even have a special number plate. The police should be arresting them, but they are failing to do that,” he added.