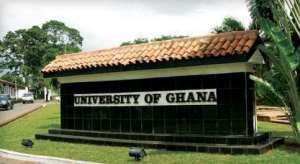 The University of Ghana will remain silent on claims made by the former Vice-Chancellor, Professor Ernest Aryeetey in relation to a $64 million contract signed during his tenure because of a confidentiality clause.

It, however, maintained that the claims were false and that Prof. Aryeetey “was referring to an agreement that is not known to the University.”

The University explained in a statement that the “agreement that Professor Aryeetey signed on behalf of the University contains a confidentiality clause that precludes the university from putting its contents into the public domain. The University is thus unable to respond to the false claims of the former Vice-Chancellor.”

In 2015, the University entered into a Public Private Partnership (PPP) agreement with Africa Integras to invest $64 million in the construction of 1,000 new students' hostel beds for undergraduate and post-graduate students on the Legon campus.

Reports by The Chronicle and The Informer Newspapers raised questions about the deal saying it was signed without any due diligence from the Univesity, then under Prof. Aryeetey.

However, Prof. Aryeetey insisted that the processes leading up to the signing of the agreement with Integras were transparent, with all relevant stakeholders involved.

He rubbished the claims made against him and said the current management of the University had failed to continue the said project.

But in a statement, the university expressed disappointment at “misstatements of facts made by Professor Aryeetey in his public statements.”

“The University of Ghana would like to dissociate itself from the contents of any publication contained in some print media concerning Professor Ernest Aryeetey. The University, neither by itself nor through a third party, authorized the publication of any such matters,” the statement added.