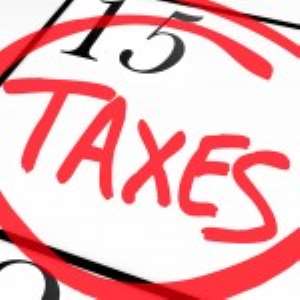 Vice President of IMANI Africa, Dr. Kofi Bentil is calling for the abolishing of all forms of taxes on privately owned educational institutions in the country if government is really determined to support them to deliver good quality tertiary education for Ghanaians.

“There is the need to find a way of state support for private universities. Most private universities have not been established for profit-making purpose. Rather they re-invest all that they get and so taking away the taxes will give them space to further expand their frontiers and absorb more students”, Dr. Bentil stated.

He said, as a nation, “we need to overcome the emotional dissonance about our perception on private universities…..no analysis support the assertion that private universities over-charge school fees to the disadvantage of students. They virtually re-invest all that they get.”

Dr. Kofi Bentil was speaking in Kumasi on the theme, “Consolidating the role of private universities in the tertiary education landscape in Ghana” during the 41st Congregation of the Christian Service University College (CSUC) in Kumasi over the weekend.

The Member of Parliament for Bekwai and the First Deputy Speaker, Joe Osei-Owusu, the MP for Nhyiaeso, Kennedy Kankam, who is also an alumnus of the university and a host of several other dignitaries graced the occasion.

In all, 642 graduates made up of 54 post-graduates, 534 under-graduates and 54 others who pursued certificate programmes passed out at the colourful ceremony. 61% of the total number was made up of males while the remaining 39% were females.

One hundred and four (104) of the graduants representing 20% of the total number had First Class Honours.

Dr. Kofi Bentil reiterated the need for the state find ways of supporting private tertiary institutions to enable them to effectively complement government’s efforts at providing opportunities for people to access tertiary education.

Prof. Afrane was happy that CSUC was making “steady progress in research” as more and more lecturers were now showing interest in the field saying “the number of journal articles by lecturers of the university increased from 25 to 59 during the year in addition to two publications and four Conference Papers.”

Prof. Afrane announced plans by the university to open study centres in Sunyani, Tamale and Obuasi as part its e-learning programme and to reach out to many more prospective students outside Kumasi.

He congratulated the graduants and encouraged them to read wide to broaden their horizon and also strive to attain greater heights going forward.

Deserving students were honoured as part of the programme. James Chris Kwakye of the Computer Science Department was adjudged the Over-all Best Student. He took home GH.C 10,000.