Swine Flu Outbreak: Do We Have Scientists In Here? 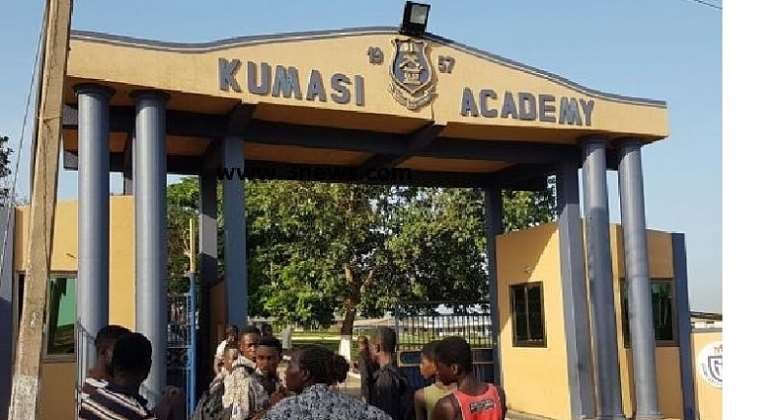 It is almost nine months since we recorded a strange death in a school in the Ashanti region. As at Friday, it is reported that eleven students have died through this strange circumstance.

Then after a long wait, our researchers had come out to say the thing that had devoured our young ones is something related to a Swine flu.

Then it makes me wonder why it must take our researchers almost a year for our scientist to come to this conclusion.

Because the last time I check, we had recorded such incidence as far back as 2009 and 2013.

We have a serious public health matter confronting us and it seemed that we could not find in the midst of this health crisis those we had spent state resources to train to get solutions for us .

You see, in places where there are scientists, they are daily confined into cubicles : and their only preoccupation is to make the world a better place for all of us.

Scientists don't have social lives. The fruits of scientists in other worlds are the reasons why you would acquire a phone today and find the next morning a remodeled of your recently acquired phone with new features.

But in Africa, scientists are some elite group who believe we owe them some entitlements and respect just because they have acquired some certificates.

They would ask for research allowances as part of their conditions of service knowing very well they are not tasking themselves to new research findings.

The lack of relevance of scientists here is the reason why our markets women would rather trade in Bukina Faso's tomatoes instead of the ones grown here. Because tomatoes from our neighbors can last many months without refrigeration whilst Ghanaian grown tomatoes would perish in days.

And if these scientists here were not useless, we would have had solutions to this problem already.

So we sit here and we live our impoverished lives whiles some draw salaries for doing nothing to improve our lives.

You just cannot know what actually make a daily work schedule of scientists here. And yet people like us have a tall order at each day. We have to teach about 200 students each week; we mark exercises; we record assessment marks and many other duties.

Even after all these, we find time to read something so we can have a basis to contribute to the body of literature on our everyday life.

They say knowledge is not in one person's head.

In doing all these, one always come to some knowledge daily. These daily research outcomes from what I do is a published commodity sold out in schools to benefit our educational agenda.

Scientists here have not come to the understanding that they add nothing to our collective good.

It is a shame to our scientists here that in spite of the fact that we have known about the occurrences of this virus in our distant past, it took them nine months to decide on what it is that has killed our young ones in our recent times.

In this era, certificates don't mean anything: unless it is churning ideas to solve basic human problems. Nobody pays anybody anywhere for just having certificates.

For now, I think there are no scientists in Ghana; not even in Africa.

Those drawing salaries monthly just sitting in some offices as scientists are highly immoral; they are thieves.