Tithes Are Foodstuffs, And Not Money 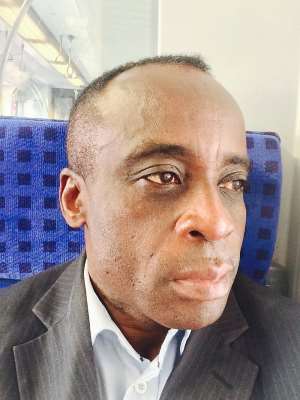 The tithes pose great danger to believers than the blessing we’ve been made to think. One error concerning tithing by churches today is that tithes are not in the form of money. Wherever you read or hear of tithe in the scriptures, it is about foodstuffs or increase of land, or seeds or livestocks. God never accepted money for tithes. If the tither could not carry the food items, because of the journey to the place of tithing, he could sell them. But at the place of tithing, he had to buy food items with the money for the tithing.

God has not changed this rule anywhere in the scriptures. He said in Malachi 3:6 before talking about it in the next verses that, “For I am the LORD, I change not...” So, why are people taking money for tithes?

If anyone still insists that believers should pay tithes, they should follow God’s instructions. The God’s tithes are in the form of foodstuffs. Any tithe in the form of money is man’s invention, and not God’s.

When the Lord Jesus even rebuked the Pharisees and the Scribes concerning tithes in Matthew 23:23, He did not mention money. He knew that tithe was not money, so He mentioned mint, anise and cumin, and not money. He didn’t say they ‘pay tithe of every mite or cent’.

The only scripture where God allowed tithes to be exchanged for money was Deuteronomy 14:24-26. But at the place or time of payment, the tithe should still be foodstuffs.

In Deuteronomy 14:24-26, God ordered that if the place to give the tithes was far, and to carry the foodstuffs was difficult, the tither should sell the tithes, which are foodstuffs, for money. But if the tither reached the place where the tithes were to be paid, he should turn the money back into tithes, that is, foodstuffs, once again, before he would give or pay it.

In Leviticus 27:30, 32-34, God clearly specified the items He described as tithes, and His and holy unto Him.

“He shall not search whether it be good or bad, neither shall he change it: and if he change it at all, then both it and the change thereof shall be holy; it shall not be redeemed.

“These are the commandments, which the LORD commanded Moses for the children of Israel in mount Sinai.”

So if a believer still thinks, he would pay or give tithes, he should give or pay foodstuffs. Any other form, apart from foodstuffs, is not tithe. If you call money tithes, you have created something for yourself to serve.

And any pastor or church, who collects money as tithes is doing something God has not commanded. The church or pastor cannot be of God.

If you want to give or pay money to a church, pastor or God, remove the name tithe, and call it offering, a giving or sowing. A Christian gives free-willingly, wholeheartedly and cheerfully, he doesn’t give by measure or for blessing.

If even you are a farmer, and want to give foodstuffs, as some churches do annually, it cannot be referred to as tithes, but harvest. Tithe is not a christian word.

ABRAHAM GAVE “TITHES OF ALL”
The first mention of tithe was in Genesis 14:20, and it was in connection with Abraham. He gave it to a priest called Melchizedek out of the spoils of war.

This tithe was not from Abraham’s farm produce or his yearly increase. The spoils included “goods” or gold, silver and other precious substances and “victuals” or foodstuffs, herds and flocks. (Genesis 14:11)

The scripture in Genesis 14:20 said “he gave him tithes of all”. The “tithes of all” could only refer to the herds and the flocks. Because the king of Sodom told Abraham to give him the persons and take the “goods”, that is, the gold, silver and other precious substances, after Abraham had given tithe to Melchizedek. Abraham’s answer to the king was that he would not take a “thread” or “shoelatchet” from the spoils, except what the men who went with him had eaten and their portion. (Genesis 14:21-24)

This means that, what Abraham gave to Melchizedek were from the “victuals” or from the herds and the flocks, and excluded the “goods” or the gold, silver and the other precious substances.

What is more important is that Abraham’s giving was of pure love or freewill. It was from his heart. Nobody asked him to give, neither did anyone specify or suggest any percentage for him or tell him the measure to give.

Abraham gave it by faith, that is, by the principle of grace. God helped him to defeat his enemies, and if God had so blessed him, he also had to bless Him back by giving tenth of the blessing to His priest from his heart free-willingly and at his own discretion. He chose to give him ten percent, from which tithe was derived.

If any person demands that believers give ten percent, it cannot be freewill or one’s discretion or a principle of grace. And so it cannot be of faith, but of law.

A law specifies what the lawgiver demands, failure to meet the demand or a default means punishment. A law enslaves, binds and intimidates. And it punishes. A law does not give the practitioners the choice or chance to decide by themselves or show or do what their hearts tell them in a freewill manner.

If you are paying any money by faith, as the patriarch father Abraham did, then it should be by your own percentage, or measure or by your own discretion, and not a specified ten percentage. And it should not be a demand or come with an instruction that if you do not give tenth faithfully, you are cursed with a curse.

THE DANGER OF LIVING BY A LAW
God, by the grace of the Lord Jesus Christ, is not dealing with anyone by law, but by grace. Anybody who is under a work of a law is under curse. Because nobody can obey all the law of God. (Galatians 3:10) And a default in one point of the law, is default in all the points. (James 2:10)

But if God is dealing with you by grace, and not by law, why do you want to serve or please Him by works of law? Paul said to the Galatians that they were foolish, because they turned to works of law, after they had been made to see how Christ was crucified for their sakes; to receive the Spirit of God and ministration of His miracles by the hearing of faith, and not by the works of the law. (Galatians 3:1-5)

The blessing of Abraham and the promise of the Spirit come upon Gentiles through Jesus Christ and faith in Him, and not through payment of tithes or fulfillment of a work of law as the Jews. So why should a Gentile go back to the days of Abraham or to the Jewish laws to fulfill them for blessings and promises?

It is only an ignorant, a deceived and a foolish person who will do that.

But there is a consequence, and a costly one, for such an ignorance, deception and foolishness. Such a person cannot receive healing, deliverance from the powers of darkness, peace from oppressions, prosperity, power and victory of the world and eternal life that Christ gives freely to those who believe in Him.

The scripture says, “Christ is become of no effect unto you, whosoever of you are justified by the law; ye are fallen from grace”. (Galatians 5:4)

If Christ becomes of no effect unto a person or if one falls from grace, that person is even worse than an unbeliever. And it is what becomes of a believer who follows a work of the law.

Tithing is a work of the law, because it specifies an exact percentage, and not one’s own freewill measure. Again, defaulting in payment or paying it unfaithfully has a consequence of a curse.

All Christians who practice tithing are under the curse. By this single practice, all these ignorant people have denied themselves the grace of Christ, including healing from the diseases that are in the world, freedom from oppressions of demons and witches, peace and prosperity, the Holy Spirit and eternal life.

These ignorant ones are promised blessing by tithing, but what they do not know is that they are deceived. If it is a blessing to pay tithes, as any other giving is, why do the pastors and churches who demand it from us get angry and refuse to give us equal benefits like the tither in their churches or make us as beloved as the tither of their congregation, if we fail to pay it?

Christ dwells in a believer. So the healing, blessing, victory, peace, prosperity, protection, provision, righteousness, salvation and eternal life that are in Christ are in the believer. If the believer continues to believe, out of his or her belly would flow rivers of living water as He said in John 7:38.

But if he discontinues to believe and turns to the works of the law to justify himself, he makes the Christ stagnant and ineffective, unable to flow out to overcome the world and the deficiencies of the flesh to set him free.

Live by the Christ, and not by your own works, and you shall be blessed to give freely from your own measure even higher than Abraham’s tenth. The works of faith are not the works of the law. They are the believers’ deeds that come from the abundance of grace.