I Was Nearly Convinced That Robert Mugabe Is A Tyrant 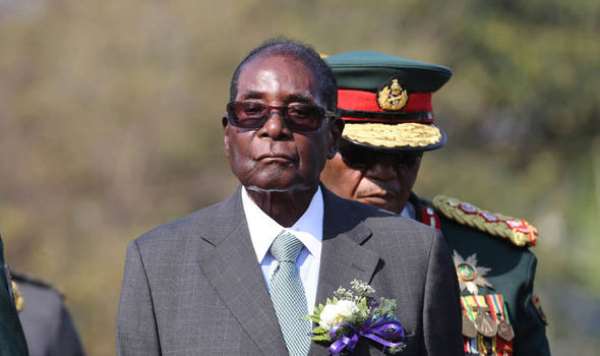 At the aftermath of Robert Mugabe's resignation as a president of Zimbabwe on 21st November,2017, I wrote two articles in praise of his legacy. The first was titled: "Robert Mugabe has resigned, did I hear them jubilate? ".

And the second which was written the day after his successor was sworn in was titled: "New Zimbabwe- Is Emerson Mnangagwa a Btutus or a Mac Anthony? " .

As I do with all my articles, I mailed copies to ghanaweb.com and mordernghana.com for publication, WhatsApp and Facebook subscribers in my contact list as well received copies.

Right after the publications - (that of the first and the second articles), calls started coming in through the contacts I provided. I as well monitored and read all comments that followed the publication (s ) on all the platforms.

Many of the comments were of all praises to the article and the author. I learnt that Robert Mugabe is still admired by many.

Calls came in from within and outside Ghana praising me for good job done. Socialists and Capitalists who respectively liked and disliked Robert Mugabe's policies as well called me in equal measure. Some would even call me and start speaking Russian, thinking I might have schooled in the Soviet Union /USSR owing to how the writeups had been liked and culled to socialists platforms (as one caller told me after I'd said I don't speak Russian).

Others were surprised to hear that I am now in my early thirties, after they've called to introduce themselves to me as pensioners, and will go ahead to say: "you and I who saw the independence struggles in Africa will forever admire Mugabe, but what of the younger ones?".

The calls had been many, as the likes and the dislikes. But the one which nearly convinced me that "Mugabe is a tyrant" was the chat I had with a new friend called Bentil in the UK.

Bentil listed "atrocities committed in Zimbabwe " that have been attributed to Robert Mugabe by the Western media.

He talked about the hyperinflation, the unemployment level, the indigenisation programme (redistributing the farm lands that had been in the possession of the White minority to the black farmers) and Mugabe's long stay in power as "a mark of a tyrant".

I questioned Bentil if he had been aware of the literacy rate in Zimbabwe, and that is he aware that more than 89% of the adult population are graduates, which has no parallel in Africa?

I asked him if he was aware that the hyperinflation had been artificial, resulting from economic sanctions?

Or the Western media did not inform him that the farm produce from Zimbabwe is blacklisted on the world market? Or he's not aware that the country's resources in chrome, platinum, gold and the diamonds can only be traded on the black market?

Without convincing answers to the above questions, Bentil's remaining silver bullet was: "Mugabe's long stay in power is a mark of a tyrant "

Since my country Ghana practices the American - style democracy and vote to choose a leader every four years, as well as having a time limit of two terms for a president, I struggled to have an answer that will convince my new friend Bentil.

Then I asked him if he could explain to me why Britain has no time limit for Premier/Prime Minister position. This he answered by saying: "the Brits maintain their Prime Ministers through the ballot box " .

I then followed up with questions that won the debate, that if he's aware Mugabe stood for elections as done in Britain?

I asked him if he was aware of the number of years Lee Kwan Yew held on to power in Singapore?

So, it ended as "it's not holding on to power for long, or stepping down after one term, it's about having the people at heart and providing their needs " .

There's no wealth that is sought after than education, with eduction, one can compete with any other individual in the world.

This was what President Robert Mugabe stood for.
Bentil was not alone in these wrong thoughts about Robert Mugabe. Even our local media, the media in Africa copy what has been published by the detractors of Africa, and the good/true story is never told.

It's time we gain our true freedom as Africans. Calling for investors does not mean we should mortgage our heritage. This was what Mugabe stood for, and that was a hindrance to the usurper. He's now been pushed aside, and our own people are jubilating with them.

When the hen cherishes it for flirting with the hyena, she knolls her death bell. Sooner than later, we all will realise this in a hard way, if the Libyan example post Muammar Gaddafi did not teach us any lesson.