Some Ghanaian foods contain pesticide residue; know how to avoid them. 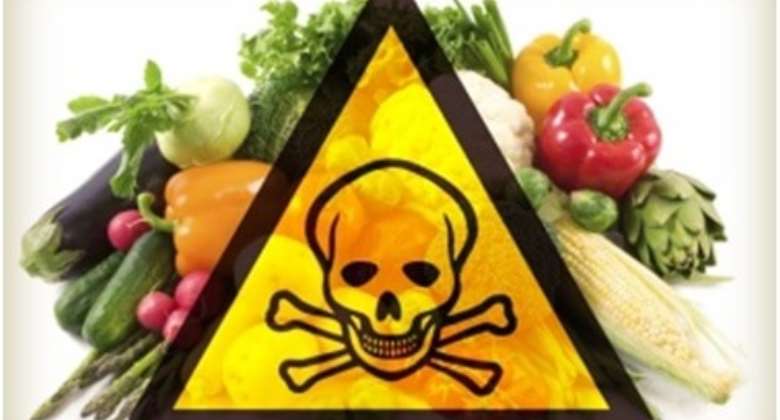 Avoiding pesticide residue in your food

Ghana Standards Authority (GSA) recently revealed the results of a research they conducted from 2013 to 2014: vegetables and fruits on the Ghanaian market do not contain an alarming proportions of pesticide residues. However, a Senior Officer with the authority further disclosed that 26% (in Greater Accra region) and 9% (in Ashanti region) of these sampled foodstuffs had insecticides residue above the acceptable level.

Pesticides by their nature can be detrimental to man. Even so, children, pregnant women, sick and aging people are usually more vulnerable to the effects of pesticides exposure.

According to the World Health Organisation (WHO), “pesticides may induce adverse health effects including cancer, effects on reproduction, immune or nervous systems”.

On May 17th, 2010, an article published on CNN.com, showed that children who are frequently exposed to a small amount of organophosphates pesticide in food, are more likely to have ‘attention deficit hyperactivity disorder’ than children who have been exposed less often.

Exposure to these same pesticides has also been associated with behavior and learning problems in children; they have been shown to affect the central nervous system.

According to a US journal, Environmental Health Perspectives, growing evidence shows that pesticides found in commercially grown food can be linked to some cases of breast cancer.

Pesticide residue in our food
Pesticide residues tend to decline as the pesticide breaks down over time, and diminish as the produce are harvested, transported, exposed to light, washed, processed, cooked and prior to sale. Ordinarily, by the time food reaches our tables, pesticide residues are generally below the acceptable threshold.

However, some farmers, intentionally and unintentionally, use pesticides and other agro-chemicals on their farms in unfitting manner, at the blind spots of the authorities and the general populace. These inappropriate practices increase the chemical load in the harvested food produce, far above the acceptable threshold, rendering such produce unfit for consumption.

Although authorities (such as the EPA, GSA, FDA, MoFA) regulate and enforce pesticide usage and its residual amounts in/on our foods to safeguard public health, we can lend a mutual beneficial supportive hand.

Minimizing the risks to pesticides exposure in your food

To prevent, we say, is better than to cure. By following these tips, you can, in your own capacity, minimize the exposure of pesticide in/on the food you eat:

A Farm Being Sprayed