Jews Do Not Pay Tithes Today 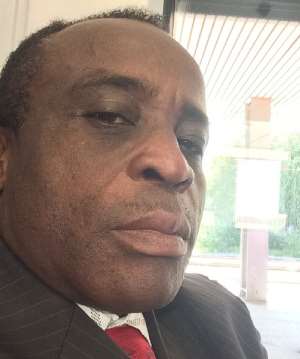 This article was published by Associates for Scriptural Knowledge (A.S.K)

Thankfully, Jewish theologians know better than their Christian counterparts. They are well aware that only Levites have the right to receive tithe of the people. After all, the Jewish leaders have the Old Testament as their Scripture and that’s what it commands. And since there is no Temple in existence (and consequently no ordained Levites or Priests serving in a Temple), then a major factor in fulfilling the laws of tithing does not exist in our modern world.

In regard to this, it may be profitable to relate an event that happened to me over thirty–five years ago when I was just starting to study theology in college. A letter had been given to me for answering. It was from a woman who heard that modern Jews were not tithing. She wanted to know whether the information was true, and if so, why the Jews seemingly violated the plain laws of the Bible which spoke of tithing as a law to be obeyed?

Having read the letter, I began to share her concern. To resolve the matter I telephoned three rabbis in the Los Angeles area for their explanation. Much to my dismay, all three independently of each other informed me that no religious Jew should tithe today. I was startled at their replies.

This appeared to be evidence that the Jews were so lax with their biblical interpretation that they were abandoning even the simple words of their own Scripture about the laws of tithing.

By the time I spoke with the last rabbi, my youthful indignation was beginning to emerge. But that rabbi then wisely began to show me my ignorance (not his) in the whole matter. First, he admitted that none of his congregation paid one penny of tithe that was demanded in the Old Testament. He then said: "If any member of my synagogue paid tithe in the scriptural manner, he would be disobeying the law of God—he would be sinning against God."

I was staggered by his answer. He went on to inform me that since the Bible demands that the tithe be paid to Levites, he said it would be wrong to pay it to anyone else. And further, because there is presently no official Levitical order of Priests ministering at a Temple in Jerusalem, this makes it illegal at this period to pay any biblical tithe. He went on to say, however, that the moment a Temple is rebuilt, with its altar in operation and with the priesthood officiating at that altar (and the Levites there to assist them), then every Jew who lives in the tithing zones mentioned in the Bible will be required to tithe according to the biblical commands.

This teaching was a revelation to me (as it may be to some of our readers), but the rabbi gave the proper biblical answers. To pay the biblical tithe at this time, without Levites and Priests in their regular ordained offices and doing service in the Temple, would be "sin" both to the giver and the receiver. The rabbi told me: "If we are to obey the law, we cannot pay tithe unless we pay it to the ones ordained by God to accept that tithe."

The rabbi explained that though he was the chief rabbi of his synagogue, he was not a Levite. He said he was descended from the tribe of Judah and was thereby not eligible to receive tithe. The same disqualification applied even to Christ Jesus while he was on earth since he was also reckoned as having come from the tribe of Judah. This same restriction was applicable to the activities of the apostle Peter (because he was as well from Judah) and it applied to the apostle Paul (because he was from the tribe of Benjamin). Neither Christ nor those apostles were Levites so they were all disqualified from receiving any part of the biblical tithe. It is just that simple.

The Jewish religious authorities are wise enough to read what the Word of God states about the tithe and, thankfully, they abide by it. But our Gentile preachers and priests care very little what the biblical texts actually state and go merrily on their way by devising their own laws of tithing which are different from those of the Bible.

The rabbi then gave me some information on the method that many Jews use today to secure adequate funds with which to operate their religious organizations. He went on to say that the activities of his synagogue were financially supported through the adoption of the "patron system" by its members. That is, families would buy seats in the synagogue for various prices each year. The rabbi mentioned that many of his congregation actually paid more than a tenth of their income to get better seats in the synagogue. This method for raising funds is perfectly proper (from the biblical point of view) if Jews wish to use it. This is because the money is paid to the synagogue and not to an ordained Levitical priesthood.

The final rabbi was correctly interpreting the teaching of the Holy Scripture. While many Christian ministers today teach that Christians may be in danger of missing salvation itself if they do not pay tithe to the church, Jewish rabbis know better than to say such a thing. They realize that it is biblically improper (actually, it is a blatant disobedience to the laws of the Bible) for anyone to pay or to receive the biblical tithe today. And any minister or ecclesiastical leader who uses the biblical tithe (or any one who pays to a minister the biblical tithe) is a sinner in the eyes of God.