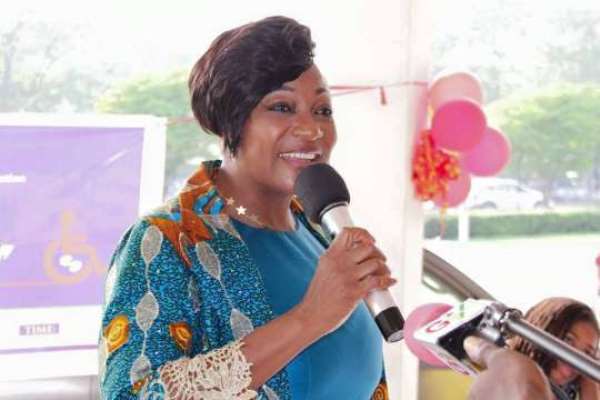 Madam Afisa Otiko Djaba, the Minister of Gender, Children and Social Protection, has urged Ghanaians to appreciate and celebrate men on World International Men's Day, which falls on Sunday, November 19.

Madam Otiko Djaba said the country needed to acknowledge that men were the strong pillars of the home and largely the breadwinners.

The sector Minister made the call when she appeared on the floor of Parliament to deliver her speech to commemorate 2017 International Men's Day on the theme: 'Celebrate Men and Boys'.

'We still find males selling dog chains or taking care of cattle and goats and undertaking galamsey, streetism, child labour on the street and involved in armed robbery, human trafficking and other abuses of the vulnerable,' she said.

Madam Otiko Djaba said the objectives for this year's celebration was to establish the Men's Day as a popular annual event on the national calendar of Ghana as well as to reflect on the contributions, sacrifices and progress made by men in society.

According to her, the day also has the objective of improving gender relations and promoting gender equality as well as creating a safer and better world where men and women can be safe and grow to reach their full potential.

Madam Otiko Djaba said the Ministry in collaboration with the UN Women would be launching the 'HeforShe' campaign in December this is for the country to achieve gender equality and equity.

According to her, the 'HeforShe' is a global initiative and Ghana would want to use it to create an enabling environment for the passage of the Affirmative Action Bill.

'The 'HeforShe' invites all males, young and old from all spheres of life to come together and support the initiative,' she added.

The sector Minister said celebration of men was also a call to action for those who have not been responsible to their families and society to be more responsible.