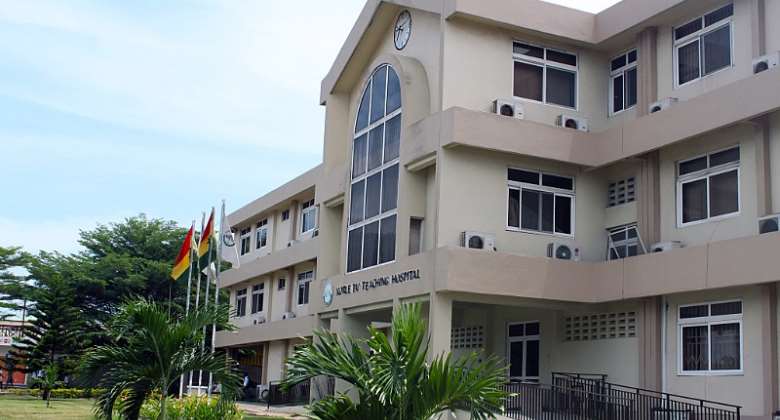 The problem confronted by Dr. Felix Anyah at Korle-Bu is very typical of how politicians try to derail the efforts of technocrats they appoint into positions of trust. Politicians, especially minsters of state always try to manage institutors under them from afar by trying to dictate to them when it comes to the award of contracts. They fail to realise the true role of the board of directors. Some board members also do not understand their roles as board members and the fiduciary nature of their appointments. As I read everyday from the newspapers, the numerous appointments announced from the Flagstaff House of people appointed onto boards as directors, I always shudder with trepidation how many of them have even heard of the Companies Act, 1963 Act 179, let alone the crucial role enshrined in them for directors and any knowledge on good corporate governance..

Sometimes you go through the names and one gets the impression that some of the appointments are “thank you jobs” to enable the appointees act as a link between the party in power and the appointees themselves to syphon funds from the organisations whose responsibility to manage has been entrusted to them. A typical example is the Cocobod situation under the John Dramani Mahama NDC administration. Under normal circumstances, as Act 179 states, chief executives are appointed by the board of directors. However as the 1992 Republic Constitution was crafted in complete defiance of good corporate governance, the President has enormous telling powers to appoint all public and civil servants ranging from high level board members to low key insignificant appointments of messengers. In this country we produce chief executives for state intuitions who are more powerful than the boards they are supposed to serve under because they have smooth and direct access to the seat of power.

And that is the reason why at any time there is a change in government, the Flagstaff House becomes a pilgrimage ground for political appointment seekers. That is why the country has produced so many gaping sycophants, political prostitutes, shameless bootlickers, spineless hen pecked husbands and multiple lonely waifs who are prepared to use every means and opportunities to get to the gates of the presidential villa and that also explains why rumours abound of Flagstaff House staffers using their exulted positions to extort moneys from people who wish to see the president. The entire society is sick to the marrow if one considers the fact that one supposedly man of God can preach that there is so much corruption in this country that if the president wants to fight it, then the whole country shall be turned into prison. What a crass arrogant nonsense.

I still recall two political interference in my role as a board member. While I served as a Board member of New Times Corporation (NTC), it became necessary to purchase a brand new printing machine to replace the old ancient antiquated one in use. The board went through all the due diligence and decided on two machines all manufactured in Germany. A decision was then taken by the board to purchase one of them. Before we could put in place the necessary purchasing procedures, the agent who lost on the machine the board did not select went to the Castle and pronto we had orders to suspend the transaction. This was during the J. J. Rawlings NDC administration. Our term as board members was almost over so we left without the purchase of the machine and this, especially, was when NTC need government guarantee for the loan the board was trying to contract.

Then under the J.A. Kufuor NPP administration, while I was a member of the board of trustees of GETFund, we were confronted with a problem to pay for the purchase of textbooks through the sole sourcing mechanism which had not met all the legal requirements. The local book publishers association took the government to court on the issue. The Board under the chairmanship of the late Alhaji Mustapha Idris (a fine gentleman and may the Ever-Gracious Allah have mercy on his soul) met and took the decision that if the board were forced to pay for the purchase the entire board would resign en bloc. Again the board took the decision not to be a party to the lawsuit filed by the publishers association.

The issue of good corporate governance must be solved if this country is to make progress. Too many charlatans are put in the position of board membership of state institutions who do not know their left from their right while too many stooges find themselves in political positions they do not deserve. Too many people in this country have made it to leadership positions who see power for the sake of power and for their own aggrandisment rather than a real understanding of the need to use power to improve their country. The quality of the leaders, the misery they have brought to the people of this country are very depressing, unless we find a way of getting around the situation and turn to key issues of economic and social development, the effort that we are all making will be for naught. The reality on the ground is that this country has failed to produce a productive middle and top class elites but instead had produced a parasitic elites that live off the fat of the land through non-productive activities dependent on political patronage.

It cannot be allowed to continue. Something must give way. Health is not a commodity which should be auctioned off the highest bidder. Our health institutions must be saved. The salvage of the system does not begin with the payment of health insurance debts by the government. The solution starts by putting in place good governance structures to manage our health institutions. Dr. Felix Anyah must succeed and Isha Allah, he will just like Prof. Kwabena Frimpong Boateng succeeded.

Ghana’s economic woes has nothing to do with E-Levy; just st...
19 minutes ago