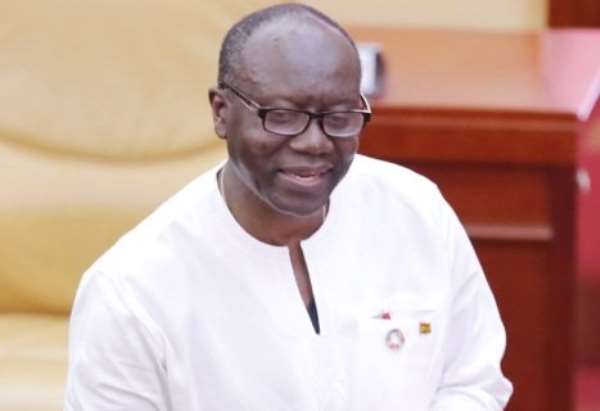 Mr Ken Ofori-Atta, the Minister of Finance, has said as part of government's strategy to promote industrialization, it would modify the incentives to cocoa manufacturers to increase processing of cocoa in Ghana.

This, he said, would be done through progressive discounts that incentivize tertiary processing, in order to raise value addition to cocoa and create jobs for the teeming unemployed youth.

Mr Ofori-Atta said this at the presentation of the highlights of the 2018 Budget and Economic Policy Statement of Government to Parliament, in Accra on Wednesday.

He reiterated government's commitment to prioritise investment in the agriculture sector to increase production and ensure food security.

Mr Ofori-Atta said the Ministry of Food and Agriculture would distribute 200 tractors and matching implements and 1,000 power tillers and walking tractors.

Other package that would be made available to farmers include distribution of 60 mechanical and pneumatic planters, 50 cereal harvesters, 200 multi-crop threshers, 400 irrigation kits (engine and solar powered sprinklers sets), and 100 green house technology for horticulture production.

The Finance Minister said the flagship 'Planting for Food and Jobs' Programme (PFJ), which was rolled out in the course of the year witnessed tremendous success.

Mr Ofori-Atta said the PFJ recruited 2,160 university graduates and 1,070 youth to register and provide extension services to farmers across the country.

The Finance Minister noted that the programme also registered suppliers to distribute farm produce to public institutions, including the School Feeding Programme, the Free Senior High School Programme, Prisons, Defence and Police, among others, to ensure availability of quality food in a timely manner in those institutions.

He said the National Buffer Stock Company was revitalised to procure, store and distribute the outputs from the Planting for Food and Jobs and other programmes of the Ministry.

To promote agricultural mechanisation, he said, 220 tractors and accessories comprising 141 maize shellers, and 77 Multi-crop threshers were distributed to farmers and service providers.

The Finance Minister indicated that the Ministry of Food and Agriculture, in collaboration with the Ghana Irrigation Development Authority (GIDA) completed the rehabilitation of the Mprumen dam and continued works on Tamne phase one head works, Sakpe Zakpalsi, Kornorkle and Uasi which were at various stages of completion.

To facilitate the provision of community-owned and managed small-scale irrigation facilities, especially in northern Ghana, Mr Ofori-Atta said the Sector Ministry identified 192 small dams and dugouts in 64 districts for development under the 'One-Village-One Dam' initiative beginning 2018.

In addition, 30 pumping schemes and 100 boreholes would be developed and a feasibility study conducted for water transmission lines in northern Ghana, he said.

The Finance Minister noted that, the invasion of the Fall Army Worm was successfully managed through distribution of chemicals to farmers; recruitment of spraying gangs; and monitoring and surveillance.

Mr Ofori-Atta said a strategic stock of insecticide and other logistics would be built to ensure ready availability of chemicals during outbreaks as well as intensification of monitoring and surveillance across the country.

In 2018, he said, the government would improve livelihood of livestock farmers in all 10 regions and increase meat production, saying; '2,000 livestock farmers will be supported with 70,000 small ruminants (Sheep and Goats)'.

The presentation of the annual budget by the government is in accordance with Article 179 of the 1992 Constitution.