PPA Coordinators Hail Princewill's transition into the All Progressive Congress 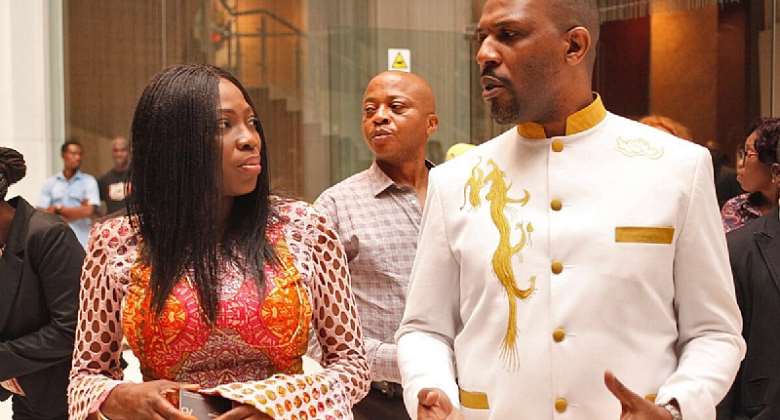 The leadership of all the 23 Local Government Area coordinators and the membership of the Princewill Political Associates (PPA) in Rivers State have heartily congratulated Prince Tonye .T.J.T Princewill on what they described as his very “smooth and seamless transition” into the All Progressive Congress (APC) and his assumption of a key role in the affairs of the party

A statement signed by the coordinators - Tamunotonye Lily (PHALGA) – Chairman and Gift Awor (ONELGA) - Secretary and made available to journalists in Port Harcourt, Rivers State said, “We commend him for the vision in setting up a transition committee saddled with the sole responsibility of migrating all members of the PPA, his admirers and supporters interested in joining the All Progressive Congress (APC). The process has been a huge success with a total so far of 32,729 active members now duly registered across the state without noise but in anticipation of an official reception.”

They thanked Rt. (Hon) Rotimi Chibuike Amaechi (CON), Honourable Minister for Transportation of the Federal Republic of Nigeria for welcoming them back with love and an open heart, adding that his trust in Princewill, even when others have abused that same trust, speaks volumes.

“We commend him for his unique display of courage and pragmatic leadership and want to assure him this will move the APC in the state and the South South zone forward. We hereby promise to work hard, with other committed members of the APC to achieve the set objectives and goals of the party by demonstrating the real meaning of grassroots” the coordinators said.

PPA also declared their total support and unalloyed loyalty to Hon. Amaechi and the entire leadership of the party in the state.

“We will work with whoever they bring. We also wish to congratulate Senator Andrew Uchendu on his victory and subsequent swearing in as a senator of the Federal Republic of Nigeria. We also congratulate other APC candidates whose victories were affirmed by the court of appeal and wish them well in the discharge of their responsibilities.”

“Finally, we want to say a big thank you to the state chairman and other executives of the party at the state, LGA, ward and unit levels for the warm reception and co-operation they've accorded us in the execution of this noble task. We could not feel more at home.”