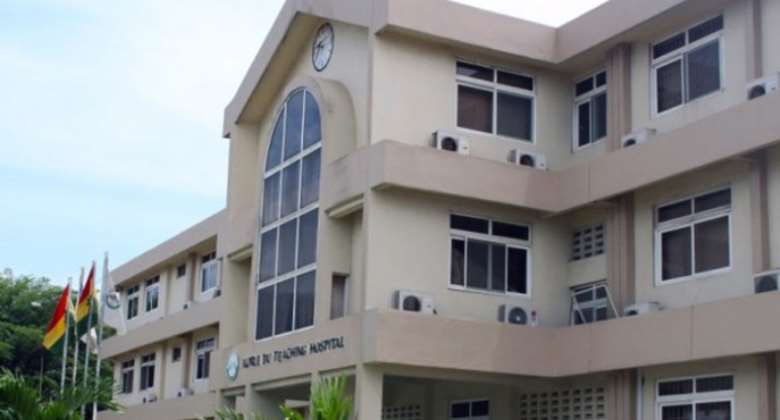 The tremendous contribution of Prof. Kwabena Frimpong Boateng to Korle-Bu Teaching Hospital in particular and to the health delivery system of this country is a story which needs to be told over and over again. After completing his studies in Germany and qualifying as a specialist heart surgeon, Prof. Frimpong Boateng took the bold and patriotic decision to abandon an emerging illustrious and apparent beneficial medical profession in Europe to come back to the shores of this country to establish the first heart centre in the country at Korle-Bu Teaching Hospital against tremendous odds. This pioneering role of Prof. Frimpong Boateng is strewn with many achievements. Sadly enough, his massive achievement lies almost in tatters on the altar of the African propensity to destroy any good thing rather than building on it.

Prof. Frimpong Boateng not just made his mark as an expert heart surgeon but as the Chief Executive Officer of Korle-Bu-Teaching Hospital. He brought many innovations to the management and administration of the medical facility. He greatly improved upon the finances of the health facility by checking and blocking financial leakages. He established the Korle-Bu Heart Foundation to raise funds to help meet the large cost of maintaining the Heart Centre and subsidising the medical fees of heart patients. He used internally generate funds to construct a new administration block. He secured the lands of Korle-Bu from marauding encroachers by building a wall around the hospital. He, with some initial difficulty, relocated coffin makers from the premises of the hospital and brought sanity to the surroundings of the mortuary facility of the hospital then occupied by the coffin makers.

As a patient, what I deem as one of his remarkable achievements was the construction of a new medical laboratory. Before the construction of that centre, it was one story of hell for anybody who did not know somebody at Korle-Bu to attempt to access a laboratory service at the hospital. Once the centre was completed, procedures were put in place which virtually eliminated all sorts of bureaucracy and thus made access of services at the centre a hassle-free and corruption-free exercise.

Despite all his unsurpassed achievements, his reign at Korle-Bu Hospital ended in ignominy. He was dismissed by the Jerry John Rawlings NDC administration like a common criminal on the spur of the moment. His dismissal letter was reportedly signed by the then Minister of Health under the Rawlings NDC administration at the airport while the Minister was about to board a plane for a conference in a West African country. The story was told that the Minster only got to know the content of the letter and the damage he had done only after he had returned from his foreign trip. Early on, the same Prof. Frimpong Boateng had been disgraced by the same Jerry John Rawlings NDC administration when at a ceremony to honour him among other personalities, his award was withdrawn at the last minute while he was sitting on the dais waiting with the other celebrants for the award while the ceremony was going on.

It is instructive that since he was dismissed as the Chief Executive Officer of Korle-Bu, the place has never known peace and sanity. It is on record that some of the successive administrations which followed his, only indulged in maladministration, incompetence and corruption, squandered the resources he accumulated in profligate expenditure such as purchase of expensive cars. Today, the heart foundation he established is on an operating theatre waiting for a heart transplant. The foundation has been bedeviled with an uncanny long legal litigation as to the authentic ownership while donations from external sources which used to constitute the main sources of revenue have virtually dried up.

Years back, when I got to know of the good work Prof. Frimpong Boateng was doing at Korle-Bu, I visited him with a proposal. I felt he could not be doing the good work he was doing without any acquired management skills. So I offered to conduct a one-day management development seminar in the spirit of the Salvation Army for some selected personnel of the hospital. He enthusiastically accepted the offer. So on an appointed day, he assembled about sixth employees of the hospital consisting of doctors .pharmacies, nurses, technologists and others who made up a cross section of the medical staff. We spent the day treating topics like strategic management, decision making, communication, delegation, organisational politics, managing change and others. The joy of everybody at the end of the day was tremendous and a call for more of such seminars was made. Prof. Frimpong Boateng himself came to open the seminar and sat in for some time.

When the vacancy for the Vice-Chancellor for University of Ghana was announced, I thought Prof. Frimpong Boateng was in a pole position for the position. However, he had different ideas. He decided to go into politics and compete for the highest office of the land, the presidency. Of course he lost and could not even go past the slot of his own political party. Naturally, I was disappointed when he deiced to go into politics. It was a question of comparative advantage. Today he is the Minster of Environment, Science and Technology. If this country had its senses located at the original place the good Lord placed it, the country should have established a first class expansive heart centre to serve as a source of medical tourism with Prof. Frimpong Boateng in charge superintending over a bevy of highly qualified surgeons. We can imagine the enormous amount of foreign exchange the country could have reaped from all over the world by providing expert medial attention at a relatively lower cost especially to the African continent.

I see the opportunity lost as similar to the idiotic display of leadership by leaders of the country towards the Tema Shipyard and Drydock Company over the years, a heavy foreign exchange earning milk cow while our politicians travel in first class cabins and staying in five star hotels with cup in hand traversing the whole world looking for stipends to drive the economy. I will not be surprised if one day I should read in the newspapers that a minister of state has directed that the Drydock should be turned into swimming pool for the navy. It also reminds me of the comment by Lee Kuan Yew, the revered late leader of Singapore, when he visited Ghana and met Kwame Nkrumah. Kwame Nkrumah introduced to him with pride young Prof Abraham (about 30 years old then),a first class Classic scholar from Oxford and a Fellow of All Soul' College. Even though Lee Kuan Yew was impressed with the credential of Prof. Abraham, he could only wonder why a developing country like Ghana so dependent on agriculture should have its brightest and best study Classics – Latin and Greek

When I learnt that Prof. Frimpong Boateng wanted to stand for the presidency, I visited him in his house and pointedly asked him the message he had for the electorate. Obviously he had no message which could resonate with the electorates. We have electorates used to deceit and political subterfuge and whose votes are bought with chamber pots and stinking fish (frofosi and kobi) by the politicians. The message Prof. Frimpong Boateng carried was science, science science. Ibi science the electorates go chop? Before I left his house, I left a copy of a memorandum I had presented to President Kufuor on my thoughts on the governance of the country with him. Since then I have not met Prof. Frimpong Boateng again. About four months back, I paid a visit to his office at the ministry. I was told he was busy at the office and therefore left my complimentary card behind with the secretary to be given to him. I am yet to hear from him. I could easily see Prof. Kwabena Frimpong Boateng as a renowned heart surgeon but I cannot see him as a minster of state. Time changes. I suppose he was never informed of my visit by the secretary