Ghana To Witness Massive Re-registration Of SIM Cards From November 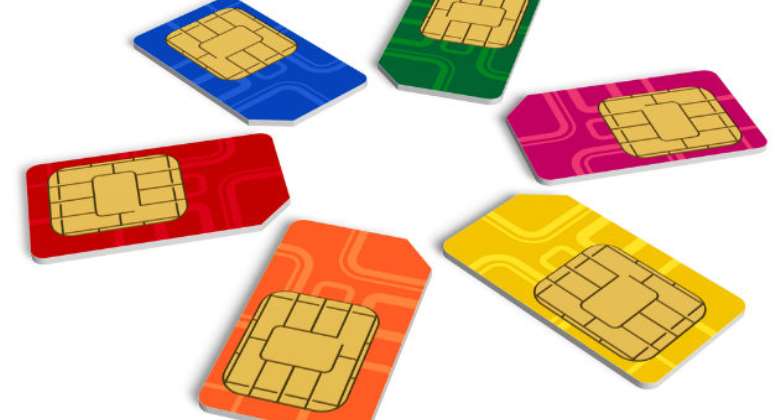 All owners of SIM cards and mobile money accounts will from next month [November], be required to undergo re-registration.

The new directive from government is part of moves to fight mobile money fraud which has gained momentum over the past months.

Citi Business News understands the re-registration will be rolled out immediately after the national identification card comes into force.

Speaking to Citi Business News on the sidelines of the National Cyber Security Week 2017, Head of IT at the National Identification Authority(NIA), Matilda Wilson, expressed optimism that the re-registration of mobile money accounts will help curb fraud in the industry.

“It is necessary that the National Identification Authority sees to it that there is re-registration, so that all accounts can be verified from NIA. So after we certify you from the offices at NIA, then you go back to register as a mobile money user. The telcos now have a verified record on you sitting on their database so they can use that data to move on with their businesses.”

Ghanaians have expressed worry over the increasing cases of Mobile Money fraud in the country.

The issue is said to threaten the growth of the industry as well as affect financial inclusion.

Mobile money, which hitherto was a safe means of transacting business now seems to be an opportunity for scammers.

Some of the methods they use include text messages and phone calls.

Ordeals of victims
Some victims of Mobile Money fraud who narrated their ordeal to Citi Business News expressed concern about the new trend.

A victim who was swindled of GH¢1, 000 told Citi Business News his experience occurred when he approached a vendor to send money to a business partner.

“Personally, I didn't think that I could be defrauded, but the danger here is that, we should all just change our minds because even if they don't defraud you physically they can end up defrauding the person you are sending the money to” he said.

One of the vendors who gave her name as Mabel at Spintex, complained about a repeated act where cash sent are converted into airtime after which the receivers get calls from anonymous persons.

“I am a vendor and it is only MTN I have, this issue keeps recurring sometimes when I transfer money, the receiver gets it in credit. Then they get a call from another person telling them to follow certain steps to convert into cash only for them to be swindled,” she said.

CID tasks telecom operators to be vigilant in their operations

Telecom operators have over the period tried to warn the public about mobile money fraud through media announcements, but the situation has not improved.

Subsequently, Head of Cyber-crime Unit at the Criminal Investigations Department (CID), Chief Superintendent Dr. Herbert Yankson, told Citi Business News that Telcos must be vigilant in their operations as it remains a key factor in fighting the crime.

“A lot of the data in there are incorrect. People are registering with false identity and unfortunately, the Telco's don't have a way to validate the kind of identity that they present to them and those are the challenges” he lamented.

He however gave assurance that the police are working earnestly to clamp down on the rate at which mobile money fraud is rising.

CID warns telecom operators
According to the CID, the sale of pre- registered SIM cards contributes to mobile money fraud in the country.

Statistics show that, at least fifty percent of Mobile Money subscribers have either experienced one form of fraud or have been a target from Mobile Money fraudsters.

In an interview with Citi Business News, Head of Cyber Security at the CID, Chief Superintendent, Dr. Herbert Yankson, said telecom operators must call their agents to order else risk being penalized for selling already registered SIM cards.

“Already registered SIM cards are sold openly and we are aware. We started some kind of exercise arresting them. But the truth is that, we have to arrest them together with the Telecom operators because they are their clients. So eventually, we will bring them on board” he said.

He however added that, all stakeholders must be involved to ensure the issue of mobile money fraud is completely stopped.

“So these are all things that we all as a people must put in place to ensure that we are able to protect the ordinary person from being defrauded” he added.

An internal inquiry by the Criminal Investigations Department of the Police Service (CID) revealed that, some staff of telecommunication companies are complicit in the rise of mobile money fraud.

According to the CID, five out of ten customers have also been targeted for mobile money fraud. This notwithstanding, the Department has also complained of little cooperation on the part of the telcos in bringing the perpetrators to book.

Reacting to the claims however, the General Manager for Mobile Money Financial Services, Eli Hini said staff of MTN Ghana were not accomplices in the supposed fraud cases.

“The partnership between us and the Police is unquestionable. We took the first step to educate and build capacity for the Police Service so they will be able to understand the modus operandi of these fraudsters so that they can also support us in the fight against fraud. So for them to say that we are not cooperating is not the right picture”, he said.

Mr. Hini also stated that, staff of MTN Ghana were not accomplices in the supposed fraud cases.