GES Promotion: The Interview That Kills 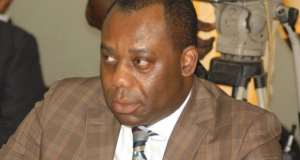 A promotion is the advancement of an employee's rank or position in an organizational hierarchy system. Promotion may be an employee's reward for good performance, that is positive appraisal. Before a company promotes an employee to a particular position it ensures that the person is able to handle the added responsibilities by screening the employee with interviews and tests and giving them training or on-the-job experience. A promotion can involve advancement in terms of designation, salary and benefits, and in some organizations the type of job activities may change a great deal.

In Ghana, the regulates employment and labour issues. This Act consolidates all laws relating to labour, employers, trade unions and industrial relations

Generally speaking, there are two broad categories of promotions, which may be called Real and Nominal promotion.

A real promotion results in a person being assigned substantially higher levels of responsibilities in the hierarchical structure of the company.

Real promotions are given based on existence of vacant posts to which a person is promoted, and on the assessment of ability of individual employee to handle the enhanced responsibilities. The vacancies for promotion are created in several ways including promotion or transfer of persons at higher posts, expansion in operations of company, and people at higher posts retiring or resigning from the company. The assessment of ability of candidate for promotion is determined by his current performance, as well as level of capability as demonstrated in the current position

A nominal promotion on the other hand, results in changes elevating the person to a higher level of employment grade that determines the persons pay and other benefit, but is not accompanied by any significant increase in responsibilities.

The Ghana Education Service herein called the GES, currently has the following ranks in order of seniority

In its terms of conditions, the GES has stated two basic criteria for promotions in the Service, namely: by further education and by number of years in service. Sadly however, the only time employees of GES get to be promoted based on further studies is when he/she is below the rank of a Principal Superintendent. Afterwards, all other promotion(s) is based on the number of years served on your current rank which ranges from four to seven years.

For the avoidance of doubt, promotions in the GES for teachers is only felt in the change in rank name and nothing or an infinitesimal change in designation/responsibility. For instance one can find at least one of each rank in the GES rank order on a staff who are all in the classroom or aresubject teachers. To put it simpler, there are Deputy Directors who are teaching in the primay school, there are equally Diploma holders who are teaching at the JHS or some Principal Superintendents teaching in the training colleges etc.

Following from above, we can thus conclude that promotions in the GES falls under the nominal promotion category and should be based solely on performance in the job and length of service in the current grade.

Unfortunately, promotions in GES over the years have been fraught with extreme bizarre and lugubriousness where teachers are targeted for frustration rather than elicit from them their professional competencies upon which they will be promoted even after they have served the required number of years stipulated by the service conditions for promotion. Panelist of these interviews rather resort to asking irrelevant questions and trivialities, jesting with interviewees among other despicable acts that rather portrays them as unprofessionals yet seek to assess the professionality of others.

For how long will this rather debased panelist continue to frustrate teachers in the name of promotions? Why cant promotions in the Ghana Education Service be based on a mechanism that automatically promotes teachers after serving the required number of years in lieu of the service condition upon the appraisal of the Circuit Supervisors and or the Monitoring and Supervision Departments of the Municipal or District Directorates?

Zooming in on the promotion interviews for the 2017 academic year, the general outcry from teachers who had faced these rather frustrating panelists has caused a lot of apprehension among teachers who are due for promotion with some teachers openly crying out after facing them. Why would a panel worth its salt ask a teacher who had appeared before it questions such as "why are you still single after 37 years?"

Sadly, the blithe of these panels have culminated in the death of Ms Vida Ekissi, a teacher, formerly of Immanuel Presby Basic School -Madina, who appeared before them on Monday, 23rd October, 2017 at the GES Council. May her gentle soul rest in peace.

I hereby call on the Minister of Education, Hon. Dr. Matthew Opoku Prempeh, the Ag. Director General of Education, Professor Kwasi Opoku-Amankwa, the leadership of GNAT, NAGRAT, CCT and all stakeholders of education to as a matter of urgency stop the killer interviews. These teachers deserve their promotion, they should not be denied same based on someone's rather surreptitious assessment which are not even objectively administered.

Enough of the teacher frustration!

Hottest Photo Reports
Catch up with all the political quotes from our politicians.
Advertise here
More from Opinion
ModernGhana Links
My Time With Anas
Why Was Africa Exporting Only About 1% Of Soya?
Four Years Of Unexplained Silence – Latest Anas Video
TOP STORIES