How Much Longer Should Kids Tolerate The Whip As A Corrective Measure? 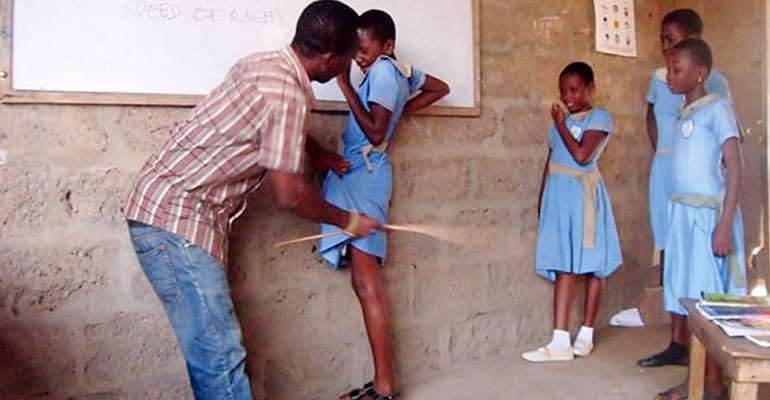 To be on the receiving end of a cane, is the common nightmare of nearly every kid who's strongly extroverted, consistent with poor grades, reports late to school, fails to turn in assignments as and when due, and likewise, other varieties of offenses that could warrant being inflicted with a good measure of bodily pain.

Caning a child to enhance performance, or modify character, is a disguised act of slavery! It's no different from beating a horse to get the best out of it, or the consistent use of the whip by colonial slave owners in ensuring compliance and control over the early black slaves. With every stroke of the cane, the self-esteem of a child is slowly demolished. How much longer should children tolerate the whip as a corrective measure?

Corporal punishment has outlived its usefulness. Long lasting discipline isn't enforced through beating a child with a stick. It is rather enforced through love, patience, genuine concern, effective counseling and tolerance. Violence against children in whatever form, is a violation of the rights of the child. You cannot discipline a child for wrongdoing, by wrongly violating his or her rights. Two wrongs do not make a right. It is therefore the right of every child to politely refuse physical maltreatment.

I'm often referred to the biblical instruction on the use of the 'rod' in child-rearing. Well, God didn't issue any of such command. Solomon did, and likewise, other opinionated authors of the Book of Proverbs. It's about time Christians won the war on differentiating between God's direct commands and the private opinions of biblical characters.

Corporal punishment is not a guarantee for modification of character, neither has it eradicated indiscipline despite the reliance on its use. It only guarantees fear, low self-esteem and eventual rebellion. Parents and teachers should learn to think outside the box for creative and effective ways of disciplining deviant children. Violating the rights of the child isn't one of them!

Bio: Nimi Princewill is a Nigerian-born writer and social reformer.