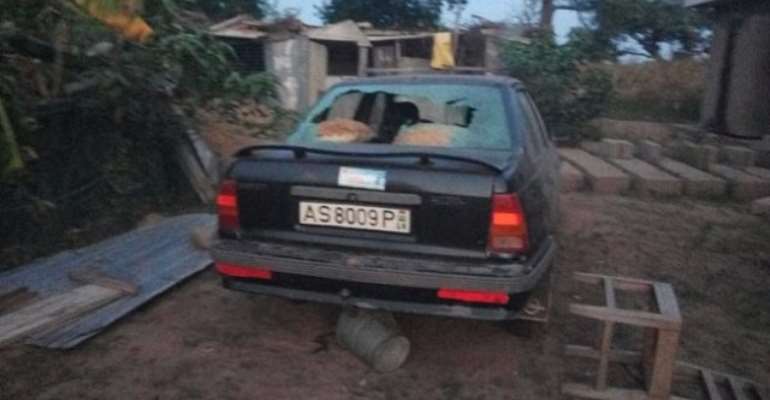 Students of Bolgatanga Senior High School in the Upper East Region, have vandalized four vehicles belonging to the school and teachers, in protest over the death of a colleague on Friday.

The irate students, who also vandalized a teacher’s bungalow, accused their senior housemaster of deliberately refusing to sign an exeat urgently for a form one student who was seriously ill, and needed medical attention, resulting in his death.

The angry students could not come to terms with why their senior house masters Mr. Osman Iddrisu and Isaac Dzandza, did not sign an exeat form on time to enable the deceased, Elliasu Zakaria, who they claim was seriously ill, to seek medical care at any health facility.

They alleged that, the delay in signing his exact accounted for his death, when he was finally rushed to the hospital.

Narrating the incident the students accused the two senior housemasters of the death of the deceased, EIliasu Zakaria, a first year General Art student from Lalsa-Beega community in the Bawku municipality.

They added that, they could no longer bear the challenges that come with securing an exeat from the school, hence their action.

“The deceased, Elliasu Zakaria, went to sign an exeat to go home, and the senior house masters did not agree and even beat the student up, so he went home and run out of blood and died.”

“Some of the senior house masters do not always want to sign exeats for students, when you tell them you are sick and need an exeat to go home and treat yourself, they always refer you to the dispensary and there are not enough drugs at the dispensary” a student said.

Another student added that, “what our senior housemasters are doing to us is not fair. One sick girl in my dormitory went to the senior housemasters to sign an exeat, but they refused her and on her way to free herself in a toilet she fainted, even though she has gone home, the housemasters said, when she returns, she will be punished.”

Students to pay for damages
Headteacher of the school, Mr. Afelibiek Ababu stated that, students will be surcharged for the damage caused.