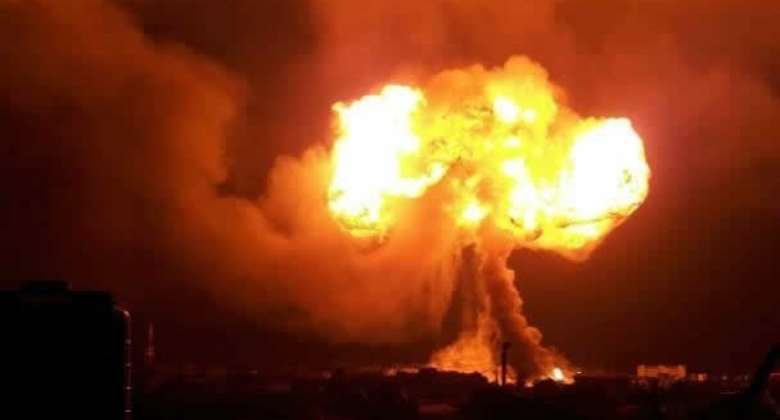 The National Petroleum Authority (NPA) has indicated its resolve to tighten the processes of acquiring licenses by gas distributing companies to reduce accidents at fuel depots.

According to the NPA Chief Executive, Hassan Tampuli, the Authority is to embark on a nationwide training for all persons involved in the offloading of gas at the pumps, including the drivers and their mates.

Those who fail to participate in the safety and training exercises will not have their licenses renewed by the NPA, Mr. Tampuli stated.

In the last three years, the country has witnessed at least eight (8) explosions at gas filling stations while the content was being dislodged with the most recent occurring Saturday night at the Atomic Junction on the Haatso-Atomic road located between Legon and Madina.

So far Seven (7) persons have been confirmed while more than a hundred sustained varying degrees of burnt injuries.

Although the Ghana National Fire Service has commenced investigations into the cause of the explosion, the NPA Boss says preliminary investigations point to a “discharge error”.

Same was to blame for the other 7 explosions witnessed across the country in a spate of two years, Mr. Tampuli told Joy FM in a recorded interview replayed Monday, October 9, 2017.

He said in the case of the Atomic Junction explosion, both the driver the mate fled immediately they detected the gas was leaking “instead of immediately closing the valves”.

“What that tells me is that there is the failure in training as far as the driver and the mate are concerned,” he told the host of Joy FM's Super Morning Show, Kojo Yankson.

Hassan Tampuli
"They are not required to do so, what they are required to do is to make sure they safeguard the environment by closing the valves,” he added.

The NPA Boss said they will soon roll out training modules which will be “tied to the renewal of license” as a means of reducing the frequency of such explosions at the refill centres.

Meanwhile, Mr. Tampuli said the NPA is waiting for a decisive policy from the Executive in order to take a decisive action to deal with it once and for all.

“We would like to sit back and await the decision or the directive from the President or cabinet,” he stated.

Play attached audio for excerpts of the discussion: