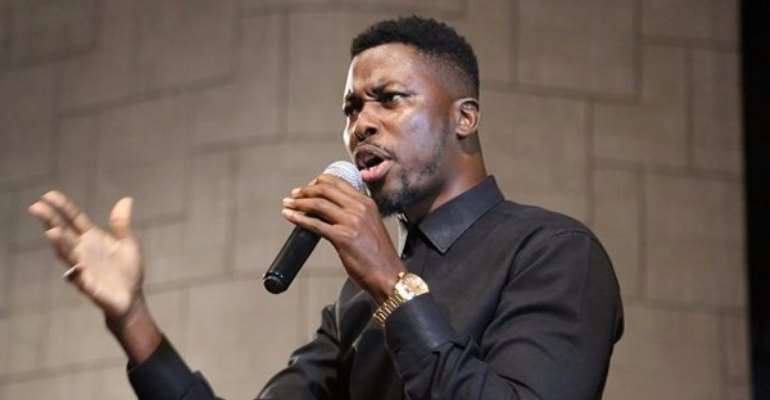 One of the members of the team that investigated corruption allegations against two Deputies at the Office of the Chief of Staff, says an audio recording purported to be a conversation between her and the accuser, has been tampered with.

Assistant Commissioner of Police (ACP) Maame Yaa Tiwaa Addo-Danquah in a statement issued Thursday, indicated her firm conviction that the said audio has been “doctored and/or edited to achieve a deliberate, mischievous and evil purpose.”

Director General of the CID, COP Bright Oduro, in a statement, said the report indicated that the evidence provided by A Plus to back his claims were “baseless, unsubstantiated and lacks credibility”.

An audio thought to be excerpts of a conversation between A-Plus and a female investigator sought to downplay the CID report and suggested a cover-up by the police to protect the two public officials.

However, ACP Addo-Danquah who is also the Deputy Director-General at the CID Headquarters, in the statement said, she “remains fully in agreement with the conclusions reached by the investigative team.”

1. My attention has been drawn to a purported telephone conversation between a supposed Senior Police Officer and Kwame Asare Obeng @ A-Plus in respect of investigation of allegations made by him against the 2 Deputy Chiefs of Staff. Further, my picture and a voice recording purporting to be mine have also been associated with the said conversation. For the records, the unequivocal facts are as follows:

2. The A-Plus corruption allegations were thoroughly investigated by a team of four senior detectives, headed by the Director-General of the Criminal Investigations Department (CID), of which I was a member.

3. In the course of the investigations, I had series of discussions relating to the subject matter with A-Plus, some of which were via telephone.

5. I wish to categorically and emphatically state that I have never intimated to A-Plus, in any conversation whatsoever, that I believe that his allegation of corruption against the two Senior Government Officials had been confirmed following our investigations.

6. I, certainly, I could not possibly had come to that conclusion when at the time I spoke to he, A-Plus, whilst insisting that he documents his denial of thievery against the two, the investigative team had not had the benefit of a response from the two appointees.

7. I have listened to the purported telephone conversation between myself and A- Plus many times and it is very obvious that my conversation with him has been doctored and/or edited to achieve a deliberate, mischievous and evil purpose. Much of the content of the said tape is a total fabrication and a figment of the author's imagination. He mischievously picked some aspect of my voice in a later conversation I had with him when the report was released. Significantly, it is imperative to indicate that the said telephone conversation that has been doctored or edited lasted for 56 seconds. It should be clear to discerning Ghanaians that the said mischievous recording lasted for over 5 minutes.

8. After the report was released on Monday 18th September 2017, A Plus called on me Tuesday 19th September to disagree with our findings. After that he sent one a text message and threatened to put my voice in the public domain because the team had insulted hint by saying the allegation was baseless.

9. I was and remains fully in agreement with the conclusions reached by the investigative team which is that the allegations of corruption levelled against the two Deputy Chiefs of Staff were completely baseless and without merit and also lacked credibility. Indeed the accuser provided no evidence at all to back his allegations and the investigative panel found no wrongdoing. His statement to the Police as well as the investigative report evidences this conclusion beyond doubt. The foregoing are the bare facts relating to my dealings with the accuser.

10. I feel pained by this calculated and dastardly attempt to soil my reputation and I condemn same in no terms. In spite of this to distract me from my work, I remain a committed Police Officer who will fight and expose crime wherever I find it and regardless of who is involved.