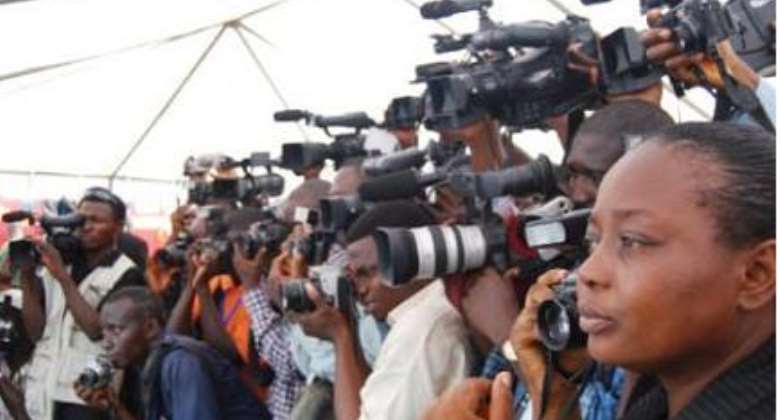 The current spat between some political/investigative journalistsand the Ghana Journalist Association raises questions of integrity. How did Journalism in Ghana get to this low point where simple issues have been allowed to degenerate into partisan spats. And for what?

The answer is simple. Firstly, ownership of the media institutions by people with solely political and financial motives. Secondly, the culture where key individuals have hijacked these institutions and arrogated to themselves titles like “ace journalist”, “senior journalist” thereby creating a divide between members of the same profession increases the possibility of arrogant behaviour.

Worse of all, Ghanaians television and radio appearances have been limited to (a) commentators from two political parties and (b) a small cabal of journalists (commentators) who dominate these stations on a daily basis. Sometimes, it is boring to hear the same voices, opinions and polishes factual inaccuracies every day.

This is what has led to the current impasse in the profession. What gives one journalist the right to question the style and presentation, or views of another? The claims that the work of an investigative journalism could be detrimental to local business interest is even more bizarre.

Maybe, journalists need to remind themselves of the role of the media and journalists in particular. Without going into detail, it is a cardinal role of journalists to help shape the national agenda, add value to democratic governance debate and insist on integrity in public life. If these principles are threatened, the ethos of national life is also threatened.

Of course, there are times when journalists dabble in self-censorship, thereby allowing obscurantist and corrupt elements either in government or business to get away unchecked. This creates problems for the country as a whole. In a political system where the opposition is either weak, unable or unwilling to check the ruling government, this role falls on the media. If the media also fails, what happens?

The cornerstone of progressive politics, and the politics of honesty flows from global concepts that hold the view that individual rights must be respected. That the public purse must be protected. If the rights of citizens are violated through corruption, and the dissipation if public funds for individual aggrandisement, it is the duty of the media to ask questions, seek answers and not accept prevarications and cover ups.

Without journalists of integrity, honesty and repute none of the above can be guaranteed. Without good journalism, our struggles for liberation from poverty will degenerate into organised plunder of state resources. No Ghanaian can honestly say that we are happy with the current state of daily revelations of the misuse and misappropriation of public funds by state officials.

Ghanaian Journalists could do better. Journalists should support their colleagues engaged in the dangerous business of investigative journalism.

‘Political’ journalists who would like to write and become voices or propaganda artists or poster boys for political parties can go and work for party newspapers and stop the pretence of impartiality. Without honesty, credibility and impartiality, journalism is not worth its reputation. Let us have journalists of integrity. Ghana needs selfless, brave, motivatedjournalists.

© Zaya Yeebo is the Managing Editor of Public Agenda