The Hypocrisy And Double Standards In The World Are Simply Too Much! 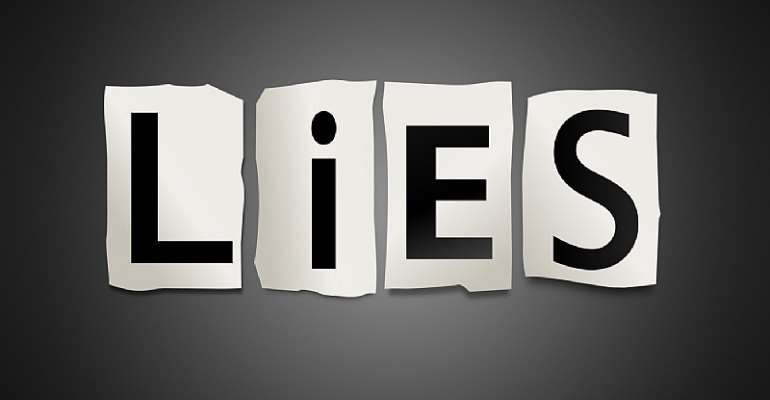 I have always joined the community of people who subject terrorists to severe chastisement and criticism whenever the need be. I have also tried with so many articles, to distance Islam from the acts of terrorism, the world over.

Most of the time, unfortunately, Islam has invariably been the main culprit of the activities of these terrorist cells.

The justification for blaming Islam for the ‘stupid' acts of these terrorists is that, these terrorist cells assume Islamic names and titles and also, they speak Arabic language.

Over the period, we have debunked that grotesque averment. What we have said over and over is that, merely speaking a language cannot be the basis for assuming your religious inclination. Again, there is no scientific or empirical experiment that allows the assumption of someone's ancestry and/or faith based on mere nomenclature.

The terrorists we are dealing with are misguided and have been led astray. They believe in the cause they are fighting, they think their cause is a just one and nothing can be ruled out in terms of their operations.

We have also acquiesced that indeed, some of these terrorists are Muslims. What people should know is that, there is a vast dichotomous schema between Islam as a religion of peace and a Muslim. A Muslim believer would not engage in any act that would result in the loss of life. At best, a Muslim believer is not akin to just a person who calls himself a Muslim without adherence to the dictates and teachings of Islam.

Again, there is no denial in the averment that there are terrorists who assume Islamic names, however, their activities are not answerable by Islam. Their nomenclature cannot be the basis for assuming their religious affiliation.

In my earlier article, I enumerated a number of terrorists who assume Christian names in the world over. However, I admitted that Christianity cannot be blamed for the deeds of these terrorists, owning to the fact that Christianity does not sanction the assassination or murder of people. This code is the same in Islam. Islam does not sanction the killing and murder of innocent people.

Now let’s examine what is happening in Burma in the context of terrorism. The Muslim minority in Burma have come under severe assassination spree by neither terrorists who assume Christian or Islamic names, but Buddhist terrorists under the full glare of UN, WHO, AU, ECOWAS, NAM, NATO and other international bodies. The pertinent question is; what have the Muslim people in Burma done to necessitate or if you like, warrant such atrocities and barbaric attacks against them? Have they infringed upon any law? Have they done anything offensive? Why the unprovoked murder and open assassination of these Muslim minority? Men are being massacred, women are being killed and even children are not spared.

Interesting enough, the leader or if you like, the de facto President of Burma, Aung San Suu Kyi, was a beneficiary of a Nobel Peace Prize in 1991. Why would such a person look on and sit aloof while such barbarism is orchestrated with the open connivance of the Burmese government against innocent people in Rohingya in Burma? Is Suu Kyi telling us that she no longer believes in peace after the Nobel Peace Prize was conferred on her?

Would such silence have been deafeningly noticed if the situation was the other way round? If this is not hypocrisy, then what could be more hypocritical?

I have always maintained my old mantra that the hypocrisy of the Western counties is the bane of our forward match.

How can the world survive this level of hypocrisy?
And we have powerful Islamic countries quiet about this? Can’t they make a serious case and present it to the Hague in the Netherlands? Is it too complicated or it is just an acceptable loss?

In my previous article, I raised a number of questions and left them to your own conjecture.

In this article, I have raised pertinent questions and as always, I leave these questions to your conjecture.

May the dead rest in peace and the wounded convalesce. O Allah/God save the people of Rohingya in Burma.

When you say a prayer, please say one for them.
Thank you!
© Osumanu Abubakar (2017)