The Captain Is Devoured By The Beast In US 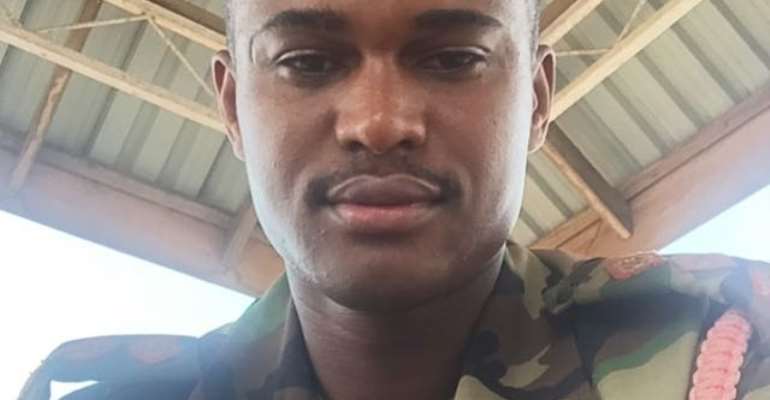 It is dastardly; it is cruel; it is primitive; it is heinous. We could describe it in the most condemnable terms; but unfortunately, this is who we are.

A young military officer is our current victim of our retrogressively sadistic compulsion.

And it comes to us naturally; we have experiences of our own. We or a close one to us had suffered some form of violence in the past.

And so on an ordinary day, we would partake in the brutalization of a common thief to dish out in equal measure, pressed down and overflow the pain we have carried all these while in our being.

We would put our personal agenda at that moment on hold just to pay this tribute to ourselves as we vent out our rage against our fellow man. It is our carthasis. We would ask the lord for forgiveness for our momentary weaknesses when we get to our places of worship in due time.

At that moment, it is us and that beast that has taken the form of a being like us. The object of our terror is us but not anything like us. We would expose its nakedness and not be bothered by our own.

Our moral responsibility to protect the dignity of the human person momentarily escapes us.

It is that which would make that warm person you just talk heartily to turning round the next moment to handout such savagery of street brutally to you. It is that which drives you to pound with your legs the inner feminity of the young lady you would ordinary ask for a date; because someone has shouted ' thief'.

It has become our pastime; we have become used to its ordinariness that we desire in each experience something new to add to its excitement.

And so it has become hip to pull out our communication gadgets not to make a distress call for some rescue team for the one who is terrorized but to capture the gory details of man's cruelty against the fellow man.

We would hope to capture the most brute of the experience to share on social media.

After it all, society would pour out their regrets about the people's barbaric acts handed out to their fellow being.

But this regret stage is not for all of us. This is when the victim of our cruelty is one of those who wield the force of arms. They would choose a reprisal attack on the people whose momentary lose of better sense caused the life of their own. No one would be spared. One thing is for sure; by the time these armed men leave their target operational zone;mission accomplished; the culture of violence in us would have been more entrenched as a way of our life.

In a recent matter of vandalism in Somanya in the Eastern Region, the member of Parliament - even as he condemned the act on television- added that the people in a way had a reason to be angry; and also to take the course of action that brought to ruin state properties.

It seems we would always have a reason to engage in violence against each other.

We do not have faith in the security services to protect us or the state agencies are not proactive in meeting our needs unless we amass at their door steps.

But we must ask ourselves whether this is the society we want to have. Do we want a society where one's personal protection largely depends on one's 'macho' self?

In WILLIAM Golding's Lord Of The Flies , the beast is not some bodiless head staked on a tree dripping blood that haunts us; it is the thing that is in us. It is our savagery.

In fact, these pockets of lawlessness as we see daily might portend doom for us. An untold famine on our land could yield us into our very worse selves. We would eat ourselves to satisfy our large appetite for violence.