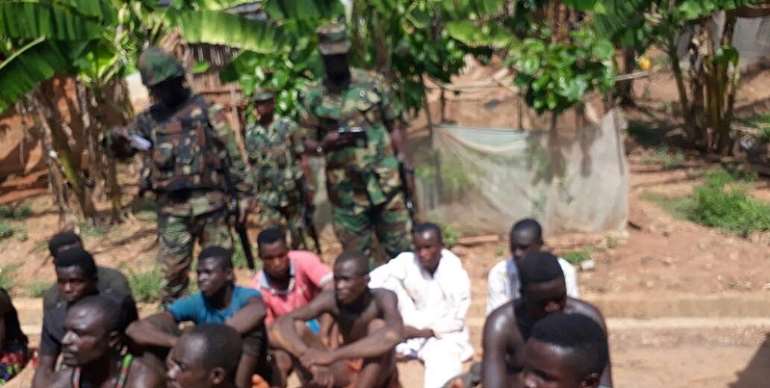 The Assemblyman in the Centre of the ghastly lynching and burning of Captain Maxwell Mahama in Denkyira Boase in the Central region, William Baa has reported himself to the police at Diaso, StarrFMonline.com has gathered.

Sources close to the matter on the ground stated that, he is being moved to the Central regional Police Headquarters in Cape Coast to assist further investigations.

Hitherto, the police dispatched a thirty-man team to fish-out Mr. Baa the chief architect in the gruesome murder of Captain Mahama on Monday.

Earlier five persons had been arrested in connection with the dastardly act and are being processed for court, the Director of Public Affairs of the Ghana Police Service, Superintendent Cephas Authur disclosed. The five are among 80 people rounded up by the military on Tuesday.

Supt. Arthur added that the police had scaled up their operations in the town.

Late Captain Mahama was with the 5 Infantry Battalion (5BN) at Burma Camp, Accra but on detachment duties at Denkyira Boase where he was lynched and burnt to death in an alleged case of mistaken identity.

Late Captain Mahama who is the commander of the area military detachment, according to his subordinates, was seen jogging along the main road and as he stopped to ask some women for directions, the women saw a pistol on him.

The women who were alarmed by the discovery of the pistol on Captain Mahama mistook him for an armed robber thereby alerting their assembly member who allegedly organised some men to lynch him and burnt him in the process.