How Ghanaian Leaders Are Easily Induced By Sex To Do The Unthinkable! 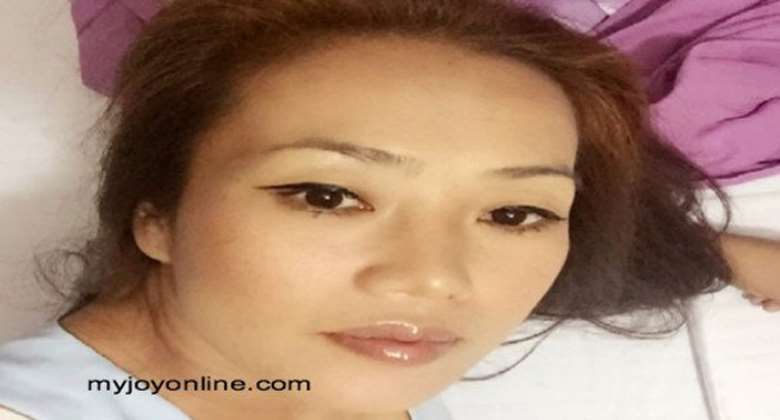 A few years ago, I published an article about how an Indian Corner Shop or Convenience Store owner in Peckham, a suburb of London, jokingly but derogatorily attempted to punch a Ghanaian customer called into his shop to purchase a few items including beers, in the stomach.

When the shocked Ghanaian reflexively took a step or two back to avoid the fist of the shop owner catching him in the stomach and then angrily questioned his action, and was about to slap the shop owner for his untoward action, listen to the response given.

“You Africans are stupid. I am an Indian having left Zimbabwe for the UK following the attitudes of President Mugabe. However, I am sorry for my action. I did not actually mean to hit you but was simply joking spotting your pot-belly”, he said. He went further to say, we Indians know how to manipulate your African leaders who are corrupt and stupid. It takes you only to invite any of your leaders over into your house, give him a bottle of chilled beer and a young beautiful girl of about eighteen years to sleep with, you can get him to give you whatever you want, the shop owner is alleged to have said.

This is a true story narrated to me by this Ghanaian victim who suffered the unexpected humiliation at the hands of an Indian shop owner. What shocked him more was the fact that he was a frequent customer to the shop. He is now about seventy-six years old and was once my work colleague and we still keep in touch, maintaining cordial relationship.

Going back to what the Indian said, we could see the truthfulness of his well-founded assertion of the behaviour of the African leaders in general and the Ghanaian leaders in particular resurfacing in the so-called “Chinese Galamsey Queen’s” (Aisha Huang) saga. Here is a Chinese woman who has no respect for the laws of our mother country Ghana. She flouts the laws and disrespects the people in Ghana as and when she wants. She conducts herself in such an irresponsible machismo manner as if she were the lion/lioness, the King or Queen of the jungle.

She does all she does because she has bought the so-called powerful but to me, the most irresponsible and useless leaders with the sweetness of her private part. Just for offering them free Chinese sex which the Ghanaian leaders presume to be sweeter and tighter than that of the Ghanaian women’s, and having the naive self-satisfaction of sleeping with a white oriental woman, they allowed this woman to disobey the laws of our motherland, thus, Ghana. This is absolute nonsense! This is the reason why I personally have no respect for most of our Ghanaian leaders including former President John Dramani Mahama and his bunch of corrupt “Alibaba and his forty thieves” Government Ministers and appointees and party gurus.

There is a sex video trending on the social media where a Ghanaian male, supposedly a former Minister in former President Mahama’s government is bonking the alleged Chinese galamsey queen. For a few minutes enjoyment of a Chinese woman’s private part, thus, sexual gratification, this woman was provided a maximum security and given the assurance to destroy the nation’s water bodies and lands as much as she wanted in pursuit of acquiring her personal wealth at the expense of the Ghanaian.

Whoever the persons that enjoyed sex with the woman or the Chinese women were, to allow them the free licence to do whatever they liked in Ghana, should all be arrested, prosecuted and jailed. The Chinese woman in question with her bunch of promiscuous criminals must be deported from the country without delay.

I call on all discerning Ghanaians to unite behind this clarion call of mine to deal mercilessly with our useless leaders who have allowed sex to take over their brains to the point of allowing the Chinese to do whatever they like in Ghana. This is the height of irresponsibleness and stupidity in the highest on the part of those leaders concerned.

Is the Indian corner shop owner now not vindicated? Does it not take an offer of a bottle of chilled beer and a young lady to woo over the African leader to get him to do whatever you want in their own land, although a stranger in pursuit of illegal wealth?

What nonsense!
I dedicate this publication to Mr Mensah.
Rockson Adofo